Saturday was  yet another fun filled day for the teens in Eastern Uganda as Mirinda Miss Teen Star 2014 visited the region in a search of four bright girls to represent the region at the grand finale slated for August 16th at Kati kati.

Just the other weekend we were at Gayaza high school where we were treated to a weekend of glamour and fun from these young ladies and the performances from Irene Ntale and MUN G crowned what had started a cold day but ended a warm one. Praise Atukunda was crowned the winner Mirinda Miss Teen Star Gayaza high school, Patricia Lamwaka is Miss Fashionista, Samantha Naluyima Miss Entreprenuer, while Amanda was crowned Miss Brainy.

The search is this weekend turning the course to Western Uganda with at least 27 schools tussling it out at MerryHill Girls in Mbarara town.

Meanwhile, for reasons unknown to us, Irene Ntale and MUN G snabbed the Eastern Uganda search at Wanyange Girls School in Jinja on Saturday with CBL opting for Santana as the only performing artiste. Santana who came in late, performed to a small crowd as most of the participating schools which had come from as far as Iganga and Mbale had left. Efforts to find out why the Gyobera and Virgin singers snabbed the show were futile as none of the CBL officials talked about it.

Mbarara Brace yourselves for this weekend’s search, for at Mirinda you Free Your Fun Side. 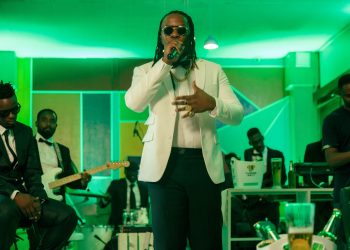