Club Mega Fest: The Good, The Bad and The Ugly

Billed as the Concert of The Year, more than a billion shillings was pumped into the Club Mega Fest, by sponsors Club Beer. Shaggy, Patra, Mafikizolo and Burna Boy we lined up alongside 20 Ugandan singers at Namboole Stadium on Saturday, but Mafikizolo were a no show.

Shaggy: The Jamaican star put up a memorable performance lasting more than an hour. The singer came on stage a few minutes past midnight and after going through hits, old and new, from Big Up to Bombastic, It Wasn’t Me, to You Girl, he left fans yearning for more when he left the stage. Shaggy who was here for  the fifth time called Uganda his second home and said he loves the Ugandan weather, the women, the food, and the weed!!!! He also sampled Sheeba and Pallaso’s Go Down Low during his performance, sending the crowd into frenzy.

The Venue: There were many sceptics when Club chose Namboole stadium as the venue for an urban concert. It is more popular for soccer, Balokole Crusades and local FM Radio fetes popularly called Ebbigunda. But with multiple entry points, the stadium proved a hit as show goers were saved from the long queues that characterise concerts at the more favoured Lugogo Cricket Oval. There was also ample parking space and no traffic jam as there are numerous access roads. Also, the concert ended at 2.30am. Namboole being in Wakiso is out of Kampala Executive Director Jennifer Musisi’s jurisdiction, so her directive of having concerts end at midnight was not in force here.

Other notable performers: Gravity Omutujju, Sheeba and Pallaso literally brought down the stadium. Bebe Cool who climaxed his live band performance with his Love You Everyday also had the crowd singing along to his hit of the moment.

Patra: No one was complaining about her fishnet dress that left nothing to imagination. Who wears that in their 40s? But she performed like for nine minutes. Who flies all the way from Jamaica for a nine minutes performance? OUR MONEY ….

Long delays with no activity: There was the 20 minutes lapse when Shaggy’s band was setting up, which is understandable, but there was that whole hour as we waited for the next performer to come on stage after Patra had “beeped” us. Apparently there was drama back stage. Bebe Cool who was present refused to get on stage before Burna Boy performed as the programme stated … (you know his beef with the Nigerians). Burna Boy (we shall get back to him the ugly) also wanted to perform next to Shaggy! Bebe Cool was later convinced to get on stage and Mafikizolo who had began setting up were told to wait. Meanwhile Mc Mosh and Mr Hype were trying to hype the crowd in this uneventful hour and their reward was bottles thrown at them by an agitated crowd.

No Chameleone: Chameleone is one of the biggest acts in the land and he was advertised to perform, but he didn’t show up. He was in Juba on another show and failed to find a connecting flight to Entebbe. “We tried to charter a plane, but there was none available,” his manager told Matooke Republic.

Poor V.I.Ps and VVIPs: We are not saying they are poor because if you can afford a 50k or 100k ticket, you are not poor. We are just filling sorry for them. All they got for their money were a couple of club beers and samosas as snacks but their predicament was that they needed a pair of binoculars to catch the action stage. The stage was set up across the soccer pitch and they were in the stadium’s sitting area. The about 500 metres away from the stage, but the joke was that they were a mile away!

Burna Boy: The Nigerian insisted on singing next to Shaggy and was part of the reason for earlier delay. The organisers granted his wish and he performed after Shaggy, but those were very big shoes to fit into. Talk about anti-climax, because he was the last performer of the night. By the time he was done bobbing about the stage at about 2.15am, Mafikizolo might have as well have arrived in their hotel rooms at Serena after growing impatient.

No Mafikizolo: Our money, our money … many fans were disappointed after the show came to an abrupt end and the organisers didn’t even offer them an explanation as to why Mafikizolo didn’t perform. Well, the South Africans were scheduled to perform at 11pm and they were backstage by then … They were announced twice by emcees Patrick Salvado Idringi and Alex Muhangi as the next act coming on stage, first after Patra, before Bebe Cool took to the stage, and then after Shaggy, only to be replaced by Burna Boy. We guess the organisers feared an anti-climax and decided to have on Burna Boy before Mafikizolo crowned the show, but the worst was to happen when Mafikizolo tired of waiting decided to leave the venue. OUR MONEY!!!!!

Who Killed it at the Mafikizolo concert

Who Killed it at the Mafikizolo concert 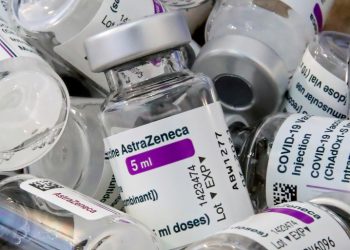