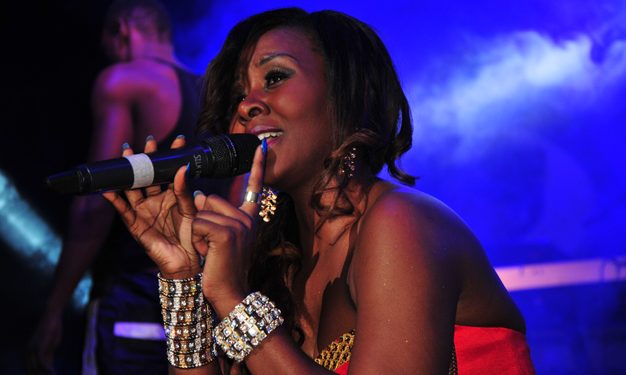 She might have been on many people’s lips in the past couple of weeks for the wrong reasons after her nude photos laked, but Desire Luzinda’s predicament was a blessing in disguise going by the turn up for her performance after the scandal.

She performed at Victoria Pub, a local hangout in Kireka on Sunday night and the place was full to capacity.  One of the daily clients at the hangout told Matooke Republic that this was the biggest crowd the place had hosted since it was opened more than five years ago.

Desire made her appearance a few minutes to midnight and that is when people started paying to enter the hangout to at least get a glimpse of the curvy singer.

The did not believe she would show up since she has been out of the public eye and they only started paying the Shs5,000 entry fee after seeing the singer.

Desire shared her delight after the show by posting on her Instagram feed.

“Tonight I realised that there are diehard fans who were literally fighting to get a closer view of the Ekitone star. Thank you Lord and thank you too for always making me special.”

Adebayor says his mother has bewitched him to stop scoring goals!