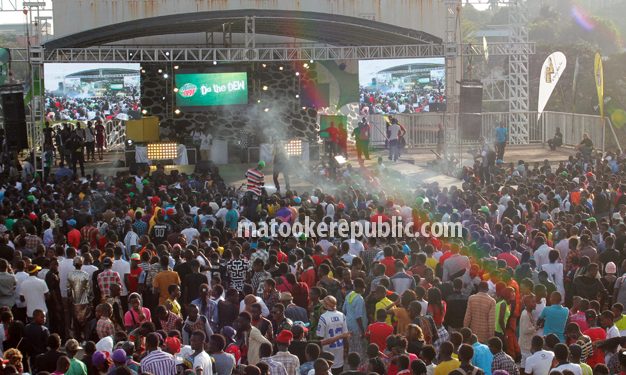 Teeniez flocked Garden City in record numbers for the ninth edition of the annual Buzz Leavers Rock on Saturday.

For the first time in the event’s history, it was two action packed floors of fun. There was a disco floor with over 300 light fixtures that was packed to capacity by the teens as DJs Roger, Slick Stuart, Urban Star and Shiru played nonstop till 6pm.

The performances were on the top floor with artistes like Mowzey Radio and Weasel, newbie A Pass who was so excited by the attention he got from the teens that he decided to throw money at them, Jose Chameleone who also introduced his son Abba aka T Rex, Mun G, Iryn Ntale, Cindy, Fille and others.

Check out pix from the event that was powered by Buzz Magazine, Ambition Mission and Mountain Dew.

Now 200k can get you into Chameleone’s One Million show