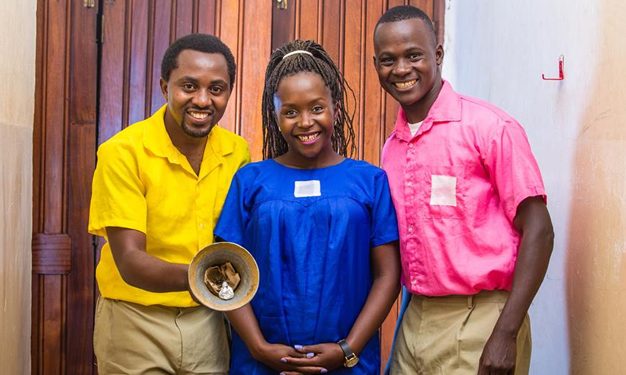 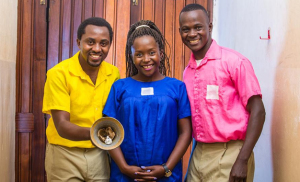 There are several shows taking place this Thursday 18th December and the Fun Factory comedy outfit is holding their 5 Star Madness show at Imperial Royale Hotel. Unlike the other shows like Chameleone’s One Man One Million Show, Zari’s All White Ciroc Party and the Arab Money Party, Fun Factory doesn’t seem to have a lot of competition as they are the only show that is targeting comedy lovers. Comedy has grown by leaps and bounds over the years and comedians command a large following, so it won’t surprise us if Fun Factory gets a full house at their show. However, the show was hanging in balance after their sponsors dragged their feet in cutting the cheque to finance the show, yet the date was fast approaching. One of the group members Anne Kansiime decided that there was no way the group that gave her a platform to become a comedy star could fail to hold the show, so she dipped into her pockets to finance it.

A source tells us that Kansiime who is one of Africa’s most loved comedians picked some of the proceeds from her Naalya based Kubby’s Bar, making it the major sponsor of the event. The source told us that Kansiime spent several millions but was not willing to divulge the actual figure. The Five Star Madness show is on this evening at Imperial Royale Hotel. Entrance will be Shs50,000 and Shs100,000 for VIP seats and show time is 8pm. All the Fun Factory members including Veronica Tindi, Herbert Museveni Mendo aka Teacher Mpamire, Richard Tuwangye, Anne Kansiime, Hannignton Bugingo, Veronica Namada, Isaac Kudzu, Simon Base Kalema, Kwezi Kaganda, Emma Kakai, Nina Katamba, Dickson Zizinga aka Zizu and others will crack show goers ribs with their hilarious skits and stand-up comedy acts. There will also be musical interludes from Myko Ouma, Mo Roots and Steve Keys.
Tags: Anne KansiimeFun Factory
Previous Post