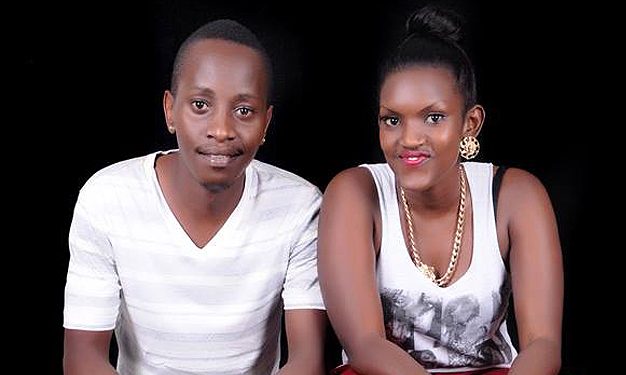 It is no longer just a singer-manager relationship between the two as Kats and his entourage visited Fille’s parents in Busega on Monday, to make their intentions of taking her clear.

Kats went with his mother Ms Juliet Lubanga plus a few friends to the pre kwanjula ceremony that is commonly known as kukyala (the official visit).

“We went for what you would call a families’ get to know each other meeting,” Kats told Matooke Republic.

Fille’s mother Ms Odette Mutumba was glad to receive Kats and his entourage and they were served a sumptuous meal.

Fille was dressed in an African fabric but Kats was in usual slim fitting pants and a shirt. We asked why he wasn’t donning a kanzu for the ceremony.

“My mum in a munigga (modern) and the Fille’s hail from Rwanda where a Kanzu is not the traditional dress,” Kats told us.

Kats relationship started when he was managing Fille behind songs like It’s Not About the Money, but things grew deeper between the two and of recent she is releasing songs like My Husband. Well, he will soon be her husband as the kwanjula is set for some time next year.

Kats has three children from previous relationships, but Fille has bonded well and we expect the brood to grow sooner than later.