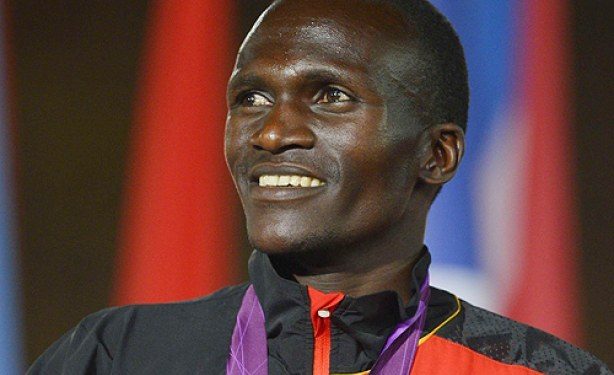 The two-year-old died on Friday after spending two weeks bedridden in Mbale Hospital.

“The little girl died as she was being transferred to Mulago Hospital where she had been referred,” Kiprotich’s Ugandan manager Godfrey Niwagaba said.

The long distance runner and his wife have two other children.
Kiprotich who makes 26 in February, won Uganda’s first gold medal in 30 years at the 2012 Olympic games in London. The last time Uganda had won a gold medal at the games was in 1972 courtesy of John Akii-Bua.

He followed up his Olympic gold with another gold medal at the World Athletics championships in Moscow the following year.

May the little girl’s soul rest in eternal peace.