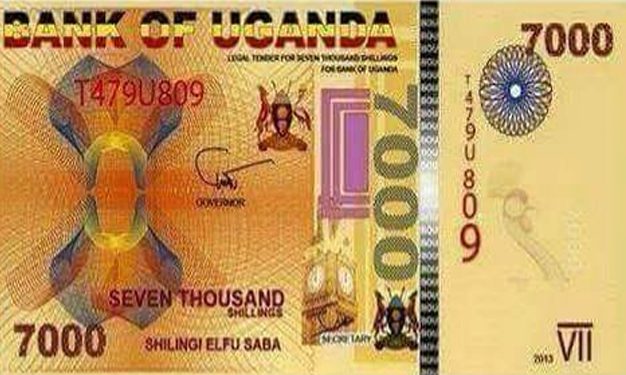 On Liberation Day, an image of a Shs7,000 note started circulating on social media platforms.

The note was akin to the legal Shs50,000 note, using gold and brown hues and even had a sign of Tumusiime Mutebile, the BOU governor. However, it a nude Michelangelo statue, an image that has never been used on Ugandan legal tender.

While some were quick to point out that it is a good note because they won’t need to be bothered about change when they go to upmarket bars that sell beer at Shs7,000, BOU was quick to rubbish the hoax and warn whoever is behind the prank that they are committing an offence.

“It has come to the attention of the Bank of Uganda that some individuals are circulating an image of a non-existent UGX.7000 banknote ostensibly issued by Bank of Uganda on social media sites. This is illegal,” reads a statement from the central bank.

“The Bank of Uganda has not issued any such banknote and there are no proposals to issue any such a Banknote in the nearby future.”

“The public is informed that reproduction of any images of the Uganda Currency can only be done with the express permission of the Bank of Uganda.”

“More specifically, the production of ‘novelty’ currency purportedly issued by the Bank of Uganda and bearing denominations and features alien to legal tender is expressly forbidden and punishable under the Law,” reads the statement from the bank’s communications department.

“The producers/printers and those circulating the non-existent UGX.7000 banknote are warned to immediately stop that activity.”

“The public is urged to ignore the image as a hoax and are requested to report known perpetrators to this number 0414344681.”