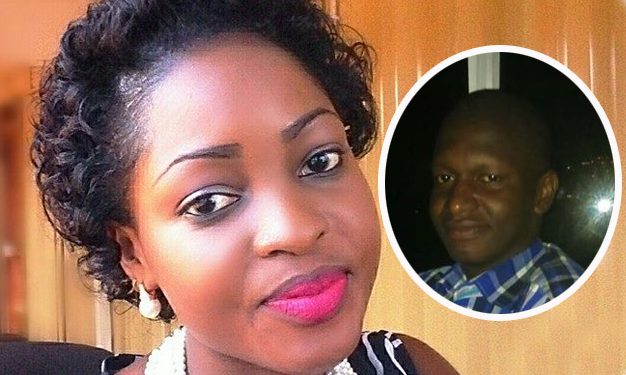 It turns out that radio consultant Joel Isabirye is not just a radio journeyman, but also a marriage journeyman, as he keeps moving from one woman to another, moreover after formalising the relationship! Now preparations for a kwanjula of his latest catch Lillian Mukasa are in high gear.

In October last year, he split with his latest wife Rebecca Jjingo. There were counter accusations and denials that left us wondering what the truth was, and what wasn’t. Jjingo claimed Isabirye had beaten her and Isabirye filed a case with Police, accusing her of stealing his Shs30m.

When contacted by Matooke Republic then, Isabirye refused to comment saying he could not talk about private affairs in the media.

But it turns out the story was true because Isabirye has replaced her with a beauty identified as Lillian Mukasa.

Isabirye only introduced Mukasa to the public on his Facebook platform as a lady handling operations of his Executive Management Services company.  But from his past liaisons, we know he is a man who mixes business with pleasure.

However, Isabirye’s confidant Isaac Katende popularly known as Kasuku of Dembe FM has been sharing Lillian’s photos calling her a Mugole (bride) on his Facebook page.

There is even a rumoured introduction ceremony to take place on Valentine’s Day complete with a groom arriving in a chopper, the way Isabirye introduced and wed Jjingo in 2013.

Isabirye first got married to former Daily Monitor writer Grace Naisamura in 2006, before Beat FM worker Sharon Nagadya introduced him to her parents in 2010. They split six months later! By the time he introduced Jjingo, also from Beat FM in 2013, a UK based nkuba kyeyo lady Ritah Kaggwa claimed she was engaged to him.

Lillian sees no problem with a man who has changed wives like he changes jobs.

“To me getting married twice, even thrice doesn’t mean something is definitely wrong with you, it just means you are picking the wrong people to marry. Lol,” she posted on her Facebook wall.

We hope she will stick and even chase after him in case he attempts to run.