Why conserving wildlife is our duty: Our grandchildren might only see rhinos and lions in movies 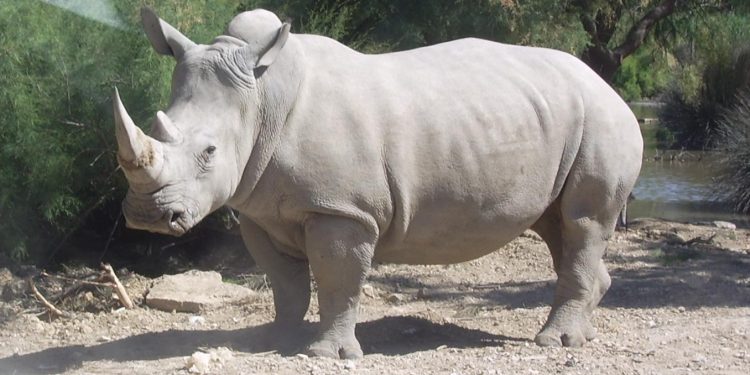 The whito rhino is an endangered specie.

We have watched movies like Jurassic Park, trying to recreate extinct creatures like dinosaurs. With high levels of poaching, the coming generations might only hear about endangered creatures like the white rhino and lions if we don’t conserve them. As Uganda celebrated World Wildlife day at the Uganda Wildlife Educational Centre in Entebbe, speaker after speaker warned of extinction of wildlife species if their poaching and smuggling doesn’t end. This year’s Wildlife celebration was themed around “Wildlife crime is serious crime”. Entebbe municipality mayor Mr Vicent De-Paul Kayanja who was the chief guest argued the government to add wildlife conservation on the education curriculum. Mr Kayanja also argued people who are sensitised about wildlife will not destroy the environment and would act as ambassadors of conservation. “By destroying wildlife, we are enemies of our own existence”, Kayanja said. The Executive Director of Uganda Wildlife Authority (UWA), Mr Andrew Seguya expressed fear of animal extinction should illegal poaching and animal trade not be halted. Seguya who previously served at Uganda Wild life Education Centre for five years (2005 to 2010) further explained that there are far reaching implications of damaging wildlife. He also pointed out that the challenge is mainly on the poor communities that live around wildlife habitats like National parks and Game reserves. Nevertheless, Seguya said UWA recruited over 700 rangers and 80 intelligence officers last year to help in arresting wildlife crimes. He also said the poverty among communities surrounding game reserve was affecting wildlife conservation as they have to compete for land and food with animals. “The majority people leaving around National parks are the poorest in this country”, he said. “They should be an alternative of improving their income so they can conserve wildlife”. James Musinguzi, who is the Executive Director of UWEC said, revealed that most of the animals at the facility are as a result of wildlife crimes. The World Wildlife Day is celebrated on March 3, every year with a general aim of creating awareness about the importance of flora and fauna.
Tags: Environment
Previous Post

Wife beater!!!! My brother-in-law did this to my sister … I hope he rots in jail

Wife beater!!!! My brother-in-law did this to my sister … I hope he rots in jail