Bebe Cool visits Hajjati Madina at Mulago, says she is welcome to rejoin Gagamel when she gets well 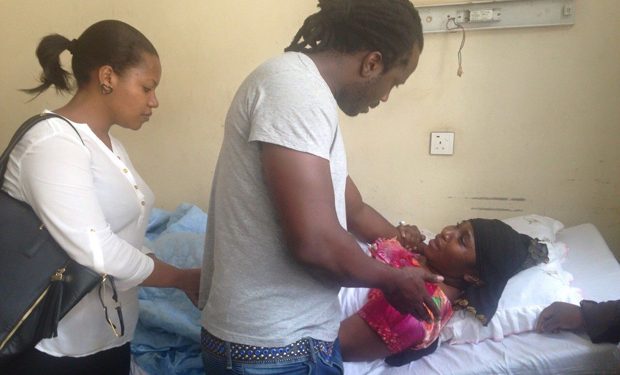 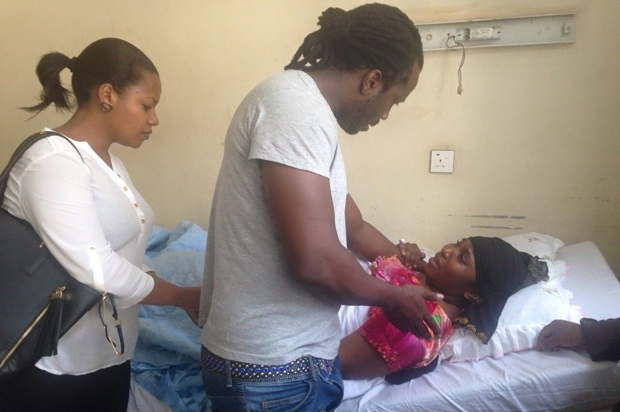 Hajjati Madina, who is most known for her hit song Bibuuza is currently admitted at Mulago Hospital. The singer is suffering from high blood pressure and injuries sustained from a fall while she was recording new music in studio.

Hajjati Madina used to be a back up singer in Bebe Cool’s Gagamel Band, but she decided to leave the crew when she landed the hit song Bibuuza. However, life was not as rosy as the now 28-year-old singer expected as she has never landed another hit song since the 2012 hit. Bebe Cool, together with his wife Zuena visited Madina in Mulago on Thursday afternoon and Bebe told her she was welcome to rejoin Gagamel Band when she leaves hospital.

Several celebrities have visited Madina but none has left an impact like Mama Phiina, the leader of the traditional healers in Uganda, who vsited her on Wednesday and gave her Shs4m to take care of her medical bills and rent for her Makindye home that was accumulating.

We wish her a quick recovery.