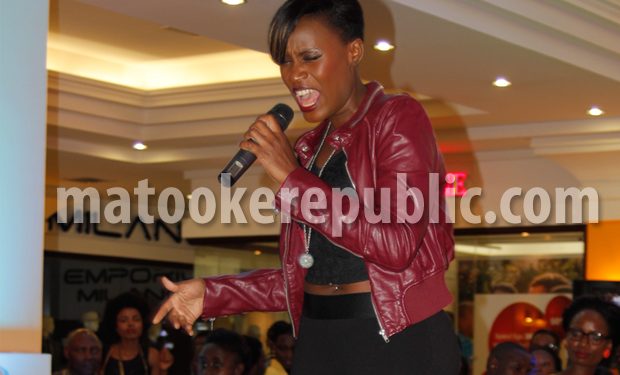 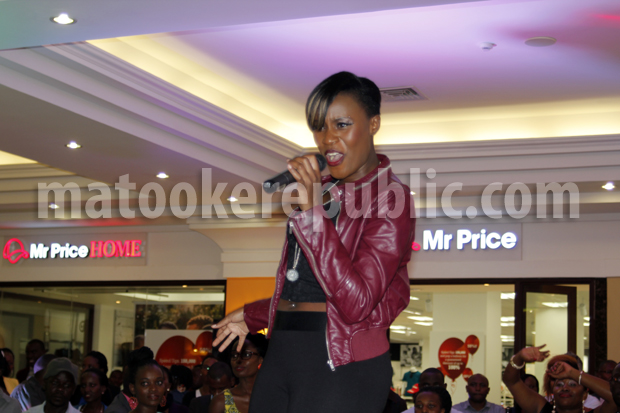 Singer Juliana Kanyomozi is back on the performance circuit. Last weekend, she performed with the Ebonies at Theatre La Bonita and on Thursday, she was the only performer at the opening of the Mr Price and Bossini outlets at Acacia Mall in Kisementi. 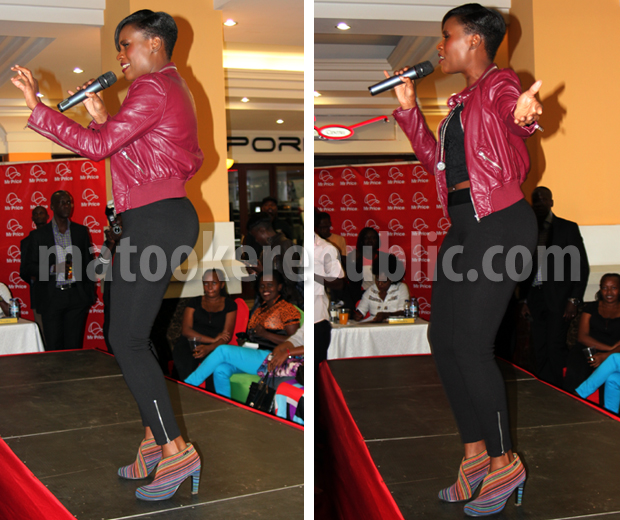 Juliana definitely knows a thing about fashion as her looks are always well put together. She rocked a maroon leather jacket, a bare midriff top and colourful striped ankle boots.

There was also a fashion show and a style contest where different designers used Mr Price and Bossini clothes to dress models for the runaway.

Guests who turned up were given a 30 percent discount leading to a shopping spree till the stores closed at 10.30pm.