The scars will not dictate where I am going – Aisha Nabukeera 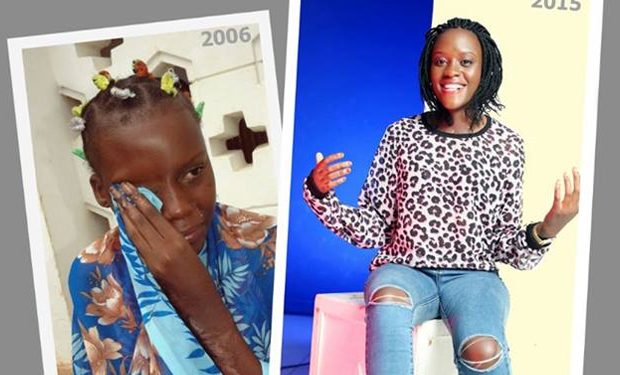 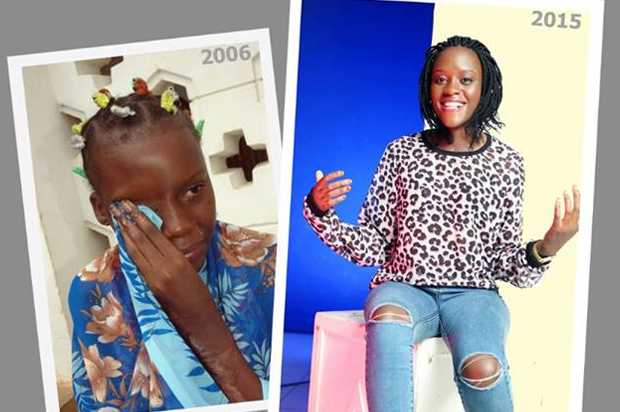 [dropcap]A[/dropcap]isha Nabukeera was burnt by a step mother in February 2006. Her story was the talk of the nation, drawing the attention of social critic and businessman Frank Gashumba who took her on as a guardian.

“As a family, we started living with Aisha Nabukeera in 2006, after she was brutally burnt by her step mum. We tried all ways possible to secure justice for her, but we were frustrated by institutions that were supposed to fight for her rights,” Gashumba says. 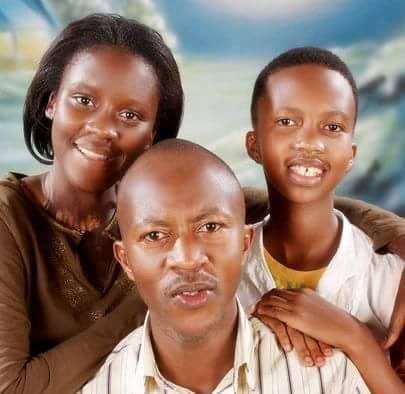 Nabukeera was taken in by the Gashumba family as one of their own.

Gashumba held a series of fundraising drives to have Nabukeera operated upon abroad, but when she wasn’t flown out, tongues started waggling in the public that Gashumba had used the girl’s unfortunate situation to con the public.

Nabukeera who was in P.6 in her Masaka village was moved to City Parents Primary School by Gashumba and she scored Aggregate 14 in PLE.

Nabukeera underwent three operations. “I remember he (Frank Gashumba) received criticisms that he was only after money. His reputation was tested but he never gave up on me. He treats me like his own child and he is a parent to me,” Nabukeera says of Gashumba.

In 2009, she joined Horizon College of St. Lawrence on a compassion scholarship offered by the school’s owner Lawrence Mukiibi.

She completed her O’Level at the school, scoring Aggregate 31 and she later joined London College of St Lawrence for her A ‘Level  offering History, Geography, Economics and Sub-Mathematics. She scored 15 points in the results that were released earlier this year. 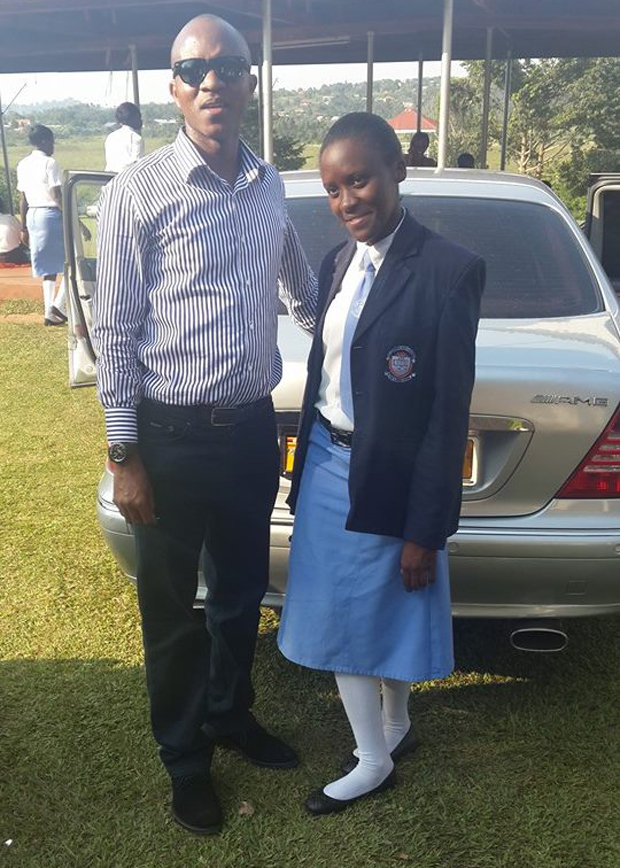 Luckily she has a scholarship to continue her education at St. Lawrence University, thanks to Mr Mukiibi.

“Aisha Nabukeera’s goal is to become a human rights activist so that she can fight for children who are underprivileged,” says her guardian Frank Gashumba.

“The scars are a reminder of what I have been through, but they will not dictate where I am going,” Nabukeera sums it up. 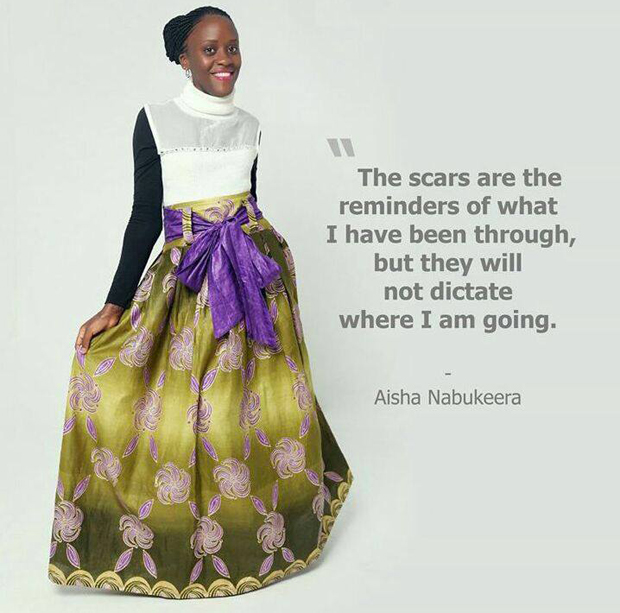 Photos of her katone leaked, so what? Anita Fabiola parties hard at Venom’s Versace Party

Photos of her katone leaked, so what? Anita Fabiola parties hard at Venom's Versace Party