Cause of Aronda’s death not yet known – Rugunda 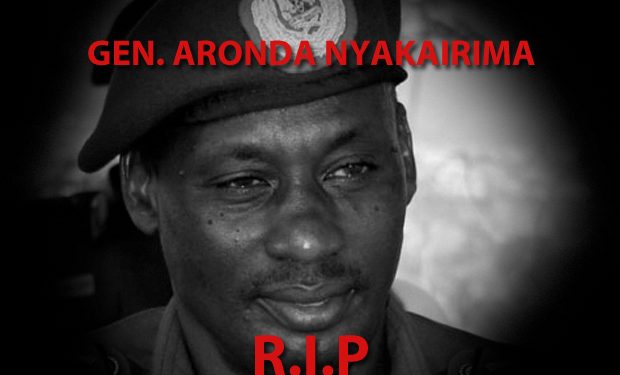 Uganda woke up to the sad news of the passing of Internal Affairs minister Gen. Aronda Nyakairima this morning.

Aronda passed away in Dubai, in transit from official state duties in South Korea. Government spokesman Ofwono Opondo said that Aronda passed away due to cardiac arrest,  but Prime Minister Ruhakana Rugunda has released a statement saying that the former Chief of Defence force’s cause of death has not yet been established. 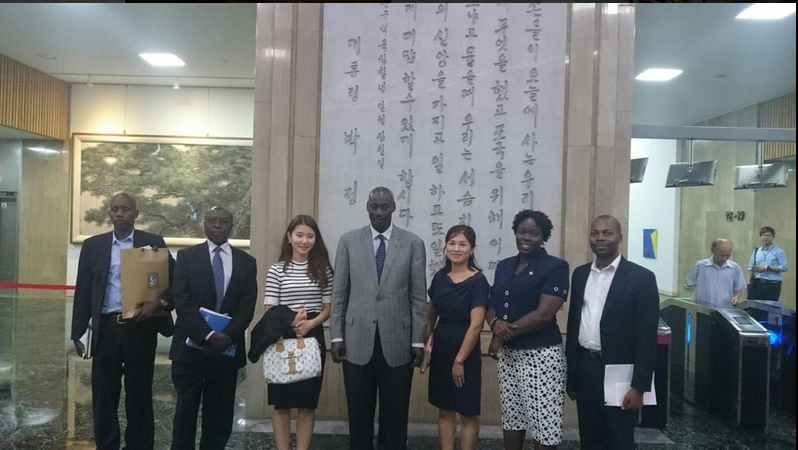 Gen. Aronda on his final state duty in South Korea. He passed away in Dubai, in transit to Uganda.

“Friends, we have today learnt, with great sadness, of the sudden death of Hon Gen. Aronda Nyakairima, the Minister of Internal Affairs. General Aronda Nyakairima was returning from South Korea, on official duties, transiting through Dubai. The cause of his death is not yet known. His family has been informed. Government has set up a task force, led by Defence Minister, Hon Dr Crispus Kiyonga, to coordinate all matters relating to this tragedy. A team of doctors—pathologists, is also being sent to Dubai, United Arab Emirates, to assist with the post-mortem and the repatriation of the body. We will keep the country informed of any further details.

General Aronda Nyakairima, who also served the country as Chief of Defence Forces, was a dedicated servant of the people of Uganda and his death is a tragic and huge loss to the country. We extend our deep condolences to the family and friends of General Aronda during this most trying period, and pray that the Almighty God comforts them.

Cause of Aronda’s death not yet known – Rugunda