Regardless of what she says, Leilah Kayondo was assaulted by Mbuga and Police shouldn’t lose interest in the case – Sarah Kagingo 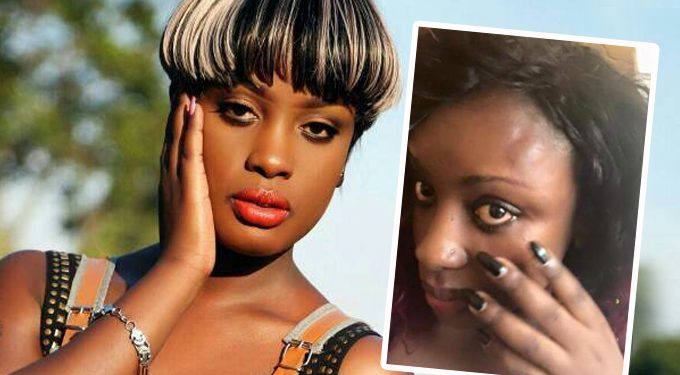 While the rest of the country was waiting to usher in 2016, singer Leilah Kayondo was in hospital nursing injuries after having been beaten by her on and off lover SK Mbuga. That is if her Facebook posts are anything to go by, considering that one minute she was pleading to the IGP Kale Kayihura to intervene and have “untouchable” moneyed Mbuga arrested, because all her attempts to have him arrested were ignored by Police and next minute she was saying her account had been hacked, that she had forgiven Mbuga and lost interest in the case, begging for his release. She came under attack on social media as an attention whore, but one woman, Sarah Kagingo, who has worked as a Special Presidential Communication Assistant sums up Leilah’s case as the typical domestic violence case in Uganda, in this opinion that she posted on her Facebook wall. “Following Leila Kayondo’s posts on alleged assault by one SK Mbuga, death threats, apology for reports to police and request for his release. Those posts must be made under duress, exactly what happens to women in abusive relationships; they lose self-esteem, are defenceless, often act against their interests. Cases of assault are versed against the state. I urge police/DPP not to lose interest in investigating assault cases against women even when the women turn out as hostile witnesses. Often women report assault but later stand surety for perpetrators of violence out of fear that children may go hungry, school fees and rent may not be cleared. Other cases are negotiated for compensation. Many cases of domestic violence are not reported out of fear. Lives are lost to domestic violence! Did Mbuga whisper to friends and family that Leila may lose the vehicle or house should she pursue the case to its conclusive end? Is she acting under threat? This should be investigated. While Leila needs help to envision a future on her terms and life within her means, it is clear from her numerous posts that she has severally been assaulted, has cried out for help, now seeking abuser’s release out of pressure. She is terrified to death! Nobody should get away with violence.‪ #‎NoToViolence.” Do you agree with Sarah Kagingo? Have your say in the comments section.
Tags: assaultdomestic violenceLeilah KayondoSarah KagingoSK Mbuga
Previous Post

Photos from the Rich Gang party at Liquid Silk

Regardless of what she says, Leilah Kayondo was assaulted by Mbuga and Police shouldn’t lose interest in the case – Sarah Kagingo