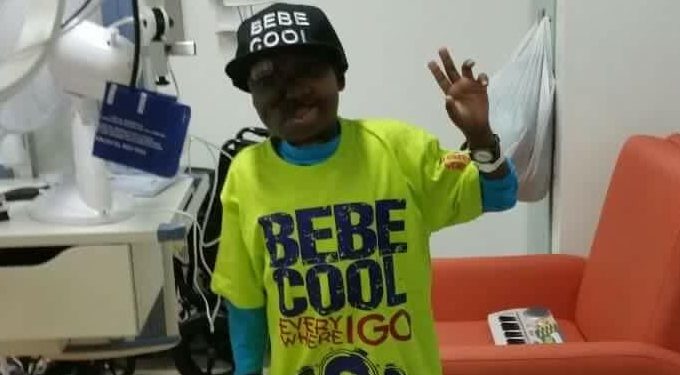 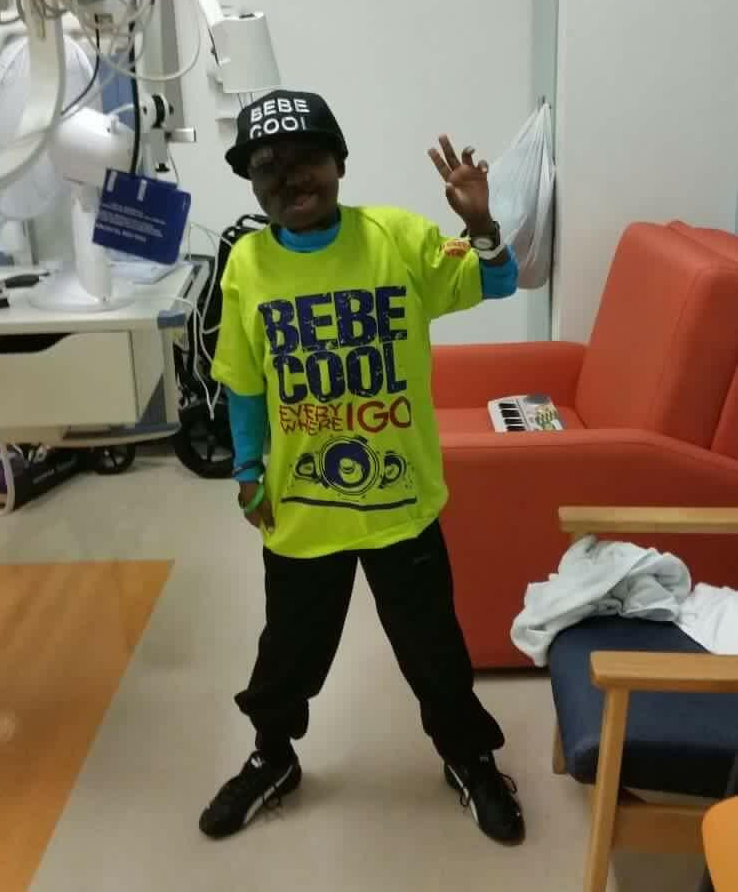 Here is a touching story of a young Ugandan boy who is undergoing treatment in a London hospital and his only source of happiness is listening to Bebe Cool’s music. He gets up and dances whenever it is played and now the entire ward dances with him.


This is a story of a lady who went out of her way to even order for Bebe Cool merchandise from Uganda, just to put a smile on the sick boy’s face! Read it.

“I’m called Hayley Diane Wedgbury and I live in London, U.K. and recently met a truly brave and inspiring young boy, Ericka-John from Kampala, Uganda. Unfortunately we met on a London children’s hospital in  ward where my daughter was being treated after an operation.

Ericka-John has a serious condition that has severely disfigured his face and was flown over to London by a UK charity organisation for life saving treatment. He has been living in the hospital for four months and has many more months of painful procedures ahead of him before he can return home to Uganda.

My daughter was in hospital for two weeks, and every single day I was on the hospital ward with her and Ericka-John, and everyday I saw him in pain, but I also saw him smile everyday when the nurses would give him access to the Internet to listen to his favourite artiste Bebe Cool on youtube. He would get out of is bed and dance and eventually we were all up dancing, including the nurses! He truly deserves a nice treat.

I knew Ericka-John was desperately missing his family back home in Kampala so I was hoping for a way  to cheer him up. I have been searching for Bebe Cool merchandise (T-shirts and hats) but cannot find a UK supplier so that we can keep this amazing boy Ericka spirits up.

After failing to get the T-shirts in London I emailed my Ugandan friends friend Andrew Kaggwa inquiring about Bebe Cool T-shirts and caps.  Kaggwa helped and connected me to a guy called Richard Kleberson who prints and sales Bebe Cool T-shirts. I got in contact with kleberson and sent him the money for two Bebe Cool T-shirts, 2 caps, and two wristbands through Moneygram money transfer.

After that kleberson made the tshirts , caps and wristbands and sent them to  me via EMS that I recieved within four days.

After receiving the stuff I took them to Ericka he was very happy and excited to receive the gifts, he’s a huge Bebe Cool fan. Ericka is  so desperate to return home to Uganda, but his treatment is taking longer than expected, lets pray for him to get healed.”