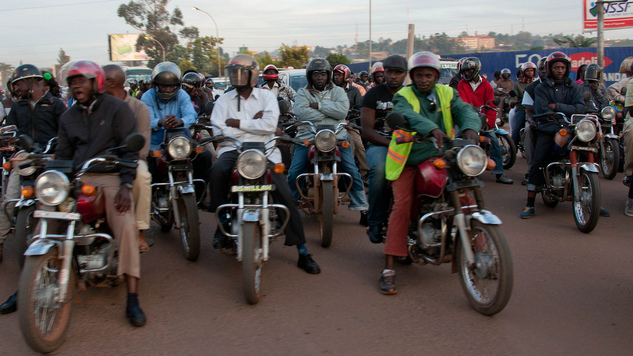 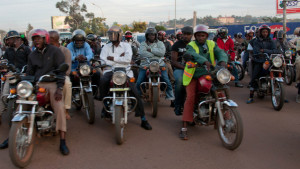 Police in Kiruhura district yesterday shot dead two bodaboda cyclists in a scuffle over a suspected bodaboda thief who was being held at Kanoni police post. The deceased were identified as Richard Kankiiriho and Edward Salongo, both of Ibanda, while a coupleother riders were left injured.


The dead and injured boda boda riders were part of a big group of more than 100 who rode from Ibanda Town to Kanoni to mete out mob justice on the said suspected bodaboda thief.
The suspected thief is said to have stolen the bodaboda from Ibanda town and taken it to Kanoni, where residents caught him disassembling it and took him to the police post. However, on learning of his arrest, the big group of bodaboda riders stormed Kanoni police post and tried to forcefully take hold of the prisoner to mete on him mob justice, which prompted police to try and stop them with its own force. 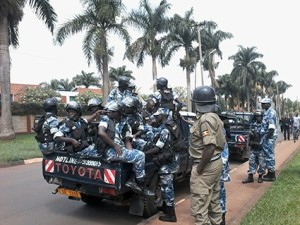 Kiruhura District police commander Benon Byaruhanga says his officers only accidentally shot dead the bodaboda cyclists, as the law enforcers were only trying to fire in the air to to disperse the bodaboda riders who were throwing stones and trying to overpower the whole police post.
After their colleagues were shot, the bodaboda yclists retaliated by burning a homestead and destroying a banana planation, all belonging to law enforecrs in the area.