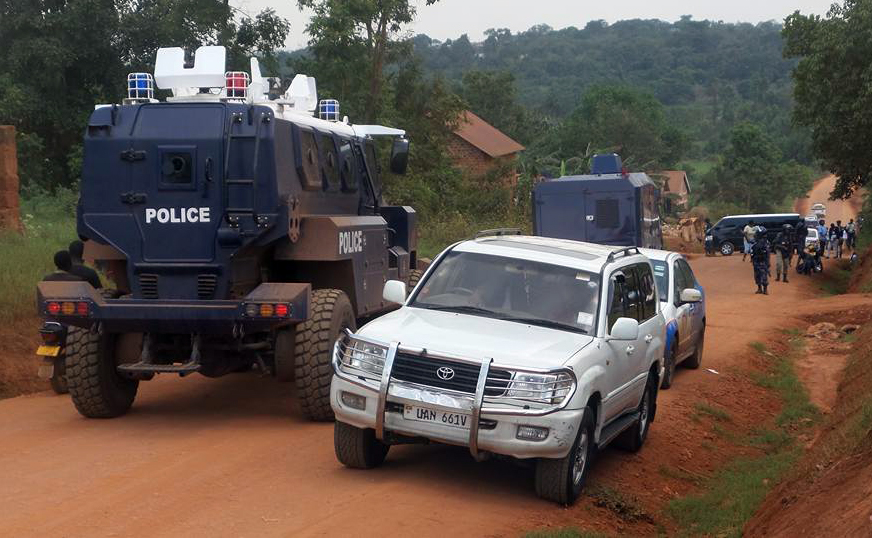 Rtd. Col. Dr. Kizza Besigye is besieged again as the route from his Kasangati home has been cut off Police. Besigye was expected to preside over “victory” celebrations of the Opposition at Nakivubo Settlement Primary School ground in Kampala. The celebrations were set to coincide with NRM’s victory celebrations that are taking place at Kololo Ceremonial Grounds. NRM is having “double” celebrations for President Yoweri Museveni winning another five year term in office and winning the Election Petition that had been filed by presidential candidate Amama Mbabazi asking court to annul the results due to several malpractices. Besigye was effectively placed under house arrest that police called a preventive measure to stop him from causing chaos after the February 18 elections. Police Chief Kale Kayihura ordered Police to leave Besigye’s home on April 1, a day after the Supreme Court ruling in Museveni’s favour. However Besigye called it an April Fools’ Day joke as Police were still stationed at the road leading to his home, but they left the next day. However there is heavy police deployment since this morning.

Pastor who claims he went to heaven says Jesus has a hot young wife!