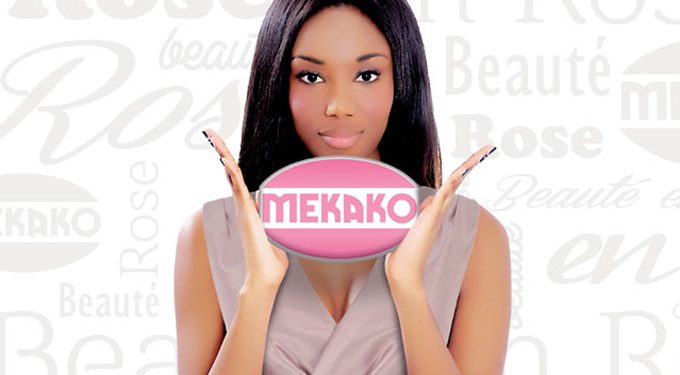 Mekako cream is one of the banned cosmetics.

Cosmetics and soaps with hydroquinone and mercury that could cause cancer and vital organ damage were banned effective April, but traders want a another year, because they stand to lose billions of shillings

Ministry of Trade and Industry and Uganda National Bureau of Standards (UNBS) officials have in past weeks held closed door meetings with a section of cosmetics traders.
The meetings arose from a move by UNBS to ban more than 100 types of bleaching cosmetics and soaps that contain hydroquinone and mercury, which officials say have long term harmful effects on their users including skin cancer and internal damage of organs like the liver.

Three weeks ago, UNBS issued a statement in which they announced the ban of the harmful cosmetics on the Ugandan market, effective April 1.


“We will ensure that none of the products with these ingredients is imported. If we find any on the market we shall confiscate them,” UNBS PRO Rober Luyombya said.
However, no sooner had the ban been effected, than the traders contacted the line government bodies challenging the decision.

The traders led by Mr Frank Kinkizi of Kinkizi Traders and Mr Moses Mugisha- the chairman Kampala Cosmetics Dealers Association, argued that they were neither consulted nor given a notice ahead of ban, meaning several billions were at stake.

“People had already spent money shipping in large consignments of products and an abrupt ban suggests they are bound to lose whatever they had invested,” Mr Mugisha explained.
UNBS’s Mr Luyombya however maintains the decision was reached after negotiations with key stake holders in Kampala City Traders’ Association and Cosmetics dealers.
Mr Mugisha said that after learning of the ban, they engaged the line government bodies and a meeting with the state minister for trade and UNBS officials was called.

“They instructed us to form an association to enable organised discussions. We formed the Kampala Cosmetics Traders Association (KCDA). We met with the minister and UNBS officials and they heard our querries,” Mr Mugisha told us.

According to Mr Mugisha, the government suggested that KCDA comes up with a six months’ action plan for a gradual depletion of the products in question, but the dealers have asked for a year.
“We submitted the action plan to the minister last week and we are waiting for feedback.”

The KCDA action plan
In the action plan, KCDA indicated that they are willing to cooperate with the government to facilitate a cordial elimination of all queried products from the Ugandan cosmetics market.
KCDA agreed that they will initiate and execute sensitisation seminars amongst all members of the association to completely close dealings in the prohibited products within a one calendar year.

The association however suggested to government to allow them a grace period of up to six months for those that had placed orders or shipped in the products to be able to make back the money invested. The plan further suggested that the traders be allowed to another six months to sell off the stock.

The traders also proposed that they would within an additional six months, and in close cooperation with UNBS and the Ministry of Trade and Industry, sensitise the general public about the dangers associated with the use of cosmetic products containing the harmful chemicals.

Some of the banned creams and soaps