Museveni’s promoting his son is panic, and it is illegal –Gen. Muntu 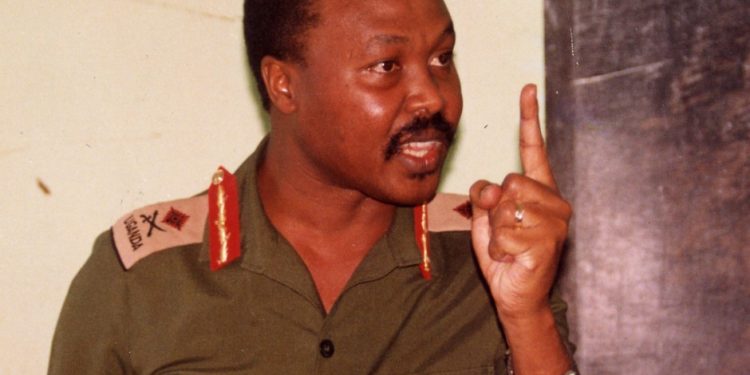 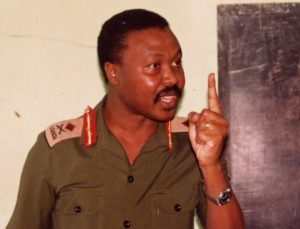 FDC President Maj. Gen. Mugisha Muntu has described President’ Museveni’s promotion of First Som Muhoozi Kainerugaba to the rank of Maj. Gen. as an act of panic. Speaking to journalists at parliament this afternoon, Gen. Muntu who was there to witness the swearing-in of new MPs said that President Museveni acted out of panic in promoting his son. However, the 1980s bush-war historical General didn’t say exactly why he thinks the president acted out of panic, rather going on to contest the president’s plans to turn the Gen. Muhoozi-commanded Special Forces Command (SFC) into an autonomous section of the army. “You can’t have two armies in one country. And another issue, to create a force is supposed to be a parliamentary process, not a decision of one man who wakes up one morning and issues a declaration,” said Gen Muntu. “You can only wake up and do whatever you want to do in your home. But these days, even in a home you must consult your wife and your children. As opposition we are going to challenge that move to set up the SFC as an autonomus force within the army,” General Muntu added.
Tags: FDCGen. MuntuMugisha MuntuMuhoozi KainerugabaSpecial ForcesUPDF
Previous Post