I wouldn’t call homosexuality a sin –Archbishop Ssentamu of Cantebury 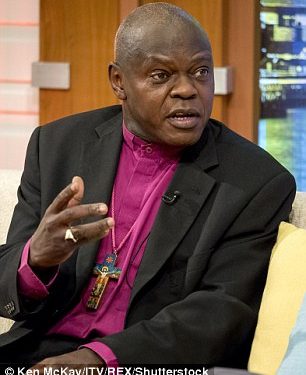 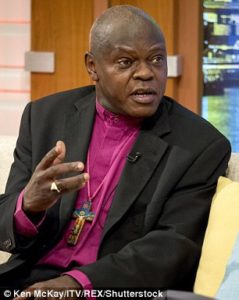 Ugandan-born and Ugandan-raised Archbishop of York, John Ssentamu, has said he would “never” describe homosexuality as a sin. Archbishop John Tucker Mugabi Sentamu, the brother of famous pastor Robert Kayanja of Rubaga Miracle Centre, made the remarks on Wednesday morning while appearing on the BBC show Good Morning Britain, where he took part in a wide-ranging debate about LGBT rights with host Piers Morgan. Piers Morgan asked the second-highest-ranking Archbishop of the Church of England about the church’s views on gay marriage, in light of the bloody Sunday attacks on a gay club in Florida, and then he asked the Archbishop for his personal views. Archbishop Ssentamu then confidently affirmed that while he still has personal objections with same-sex marriage, he believes in LGBT equality generally, and does not consider homosexuality to be a sin. “I would never say that homsexuality is a sin. I would never say that, because sin is doing something consciously against God,”the Archbishop said when Morgan asked him. And when Morgan further asked if he was discarding parts of the Bible that condemn homosexuality, he said: “The whole of scripture must be read in context, you can’t just pick up a verse and say ‘Because it says this…that would be a nightmare.” ““I support civil partnerships because I think that’s a matter of equality, and a matter of fairness. My upholding of Christian marriage as I understand it goes hand-in-hand with saying to people, ‘To diminish homosexual people is anathema to the Christian faith because God loves us all equally.”
Tags: Archbishop SsentamuChurch of EnglandChurch of Ugandahomsexuality
Previous Post

I wouldn’t call homosexuality a sin –Archbishop Ssentamu of Cantebury