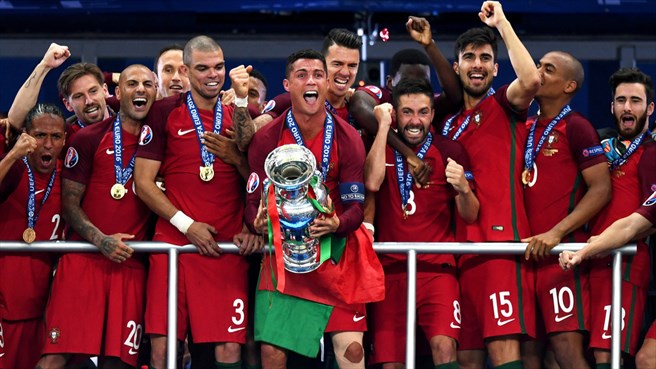 Football fans that are barely in their twenties could be forgiven for thinking the only way to win a major trophy on the international stage is by playing pretty. In a run stretching nearly 10 years and taking in four of the last five major tournaments, Spain and Germany have won two World Cup and two Euros while passing opponents into submission, making us temporarily forget how teams like Italy and Brazil won tournaments through a combination of sheer will power, brute force and only a dash of technique. 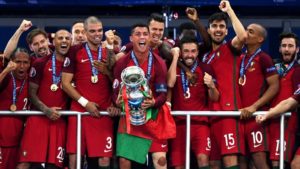 Portugal came and changed all that around again. After a brutal second round elimination of Croatia, it was clear what Portugal wanted to do every game, yet none of their opponents could find an answer. The Selecao’s triumph was a refreshing reminder that football tournaments can still be won by teams that prioritise defence; teams that can be solid without being spectacular.   Too much power, not enough poise for Fran Sometimes one of the good things that comes out of failure at major tournaments is the opportunity to ask the uncomfortable questions about issues that would otherwise have been swept under the carpet had everyone been sucked in by the euphoria of winning. If France had won the Euros, for example, not many would be concerning themselves with questions as to whether the obvious lack of poise in midfield poses some danger to future French assaults on major tournaments, especially as they won’t have any home advantage.   Les Bleus’ lack of a conductor in midfield—a Toni Kroos type went unpunished when it should have been and got most brutally exposed when France could least afford it—in the final against Portugal. France have lots of power in midfield; Paul Pogba, Blaise Matuidi, Moussa Sissoko… But what is power without control?   Germany got it so right it’s now gone wrong After giving France a comprehensive football lesson Germany also gave Les Bleus a gift. It was the story of the best team at the just concluded European championships that for all their quality, Germany made work that little bit easier for their opponents—twice. First there had been the age-old nemesis Italy, who they worked hard to lose to—without succeeding. They continued in self-destruct mode against France, and this time did not get away with it.   On the surface, Germany struggled because they didn’t have the man to finish all the intricate passes by their stellar midfield. The untold story of Germany’s struggles is that in remaking the team into one that prioritises possession, nearly every German player coming off the production line in the last decade is built to be a playmaker. As things stand, Germany now has a goalkeeper that passes the ball better than half of the defensive midfielders who were at the Euros. Die Mannschaft might have wanted to fix a longstanding problem of lack of creativity but the irony is they got it so right it is now starting to go wrong. Germany placed a premium on the ability to play the ball, it ended up killing its strikers and full backs.   essekalo@matookerepublic.com
Tags: eddy ssekaloeuro champions
Previous Post