Barlonyo: All we want is a new monument 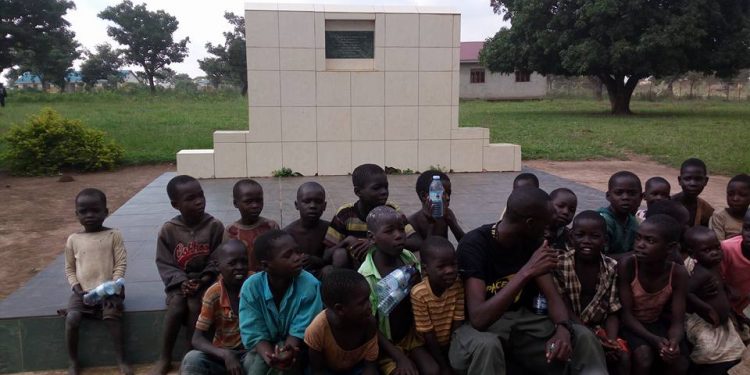 With a population of 1643, Barlonyo IDP camp in Lira district in northern Uganda had no clue that 301 members of its population would be wiped out by rebels in just a matter of minutes. The monument in their memory reads 121 victims, so survivors want a new one to include the 180 that were unaccounted for.

February 21, 2004 began as any other day—with people attending to their daily chores, the children running around; playing and laughing. Then, at around 5.30pm, a group of about 700 rebels of the Lord Resistance Army (LRA) under the command of Dominic Ongwen and Okot Odiambo, attacked the camp casting a dark cloud that would later become the hardest stain to remove from history.

Having overpowered the local Amuka militia killing 18 of the soldiers who had been put in place to protect the camp, the rebels proceeded to set the entire camp on fire, whilst beating civilians to death and slaughtering kids like chicken. “The rest of us who managed to successfully hide inside, waited until it was dark and then came out one by one crawling into the bushes where we stayed until morning when the government came to our rescue,” George Ogwang, the camp leader, recalled.

Two semi-circular mass graves were dug in which the bodies were laid to rest side by side. In the middle of the two graves, a monument was built in remembrance of the loved ones. President Yoweri Museveni presided over the memorial service. Immediately after the service, the survivors including injured victims were moved to Ogul and Agwen camps where they stayed for the next two years.

In 2006, the people of Barlonyo returned home to finally put their past to rest. Little did they know that their past was not about to be left behind. They had counted 301 dead and buried, 470 orphans, but 580 of their people are still missing.

12 years later, the victims and survivors of camp Barlonyo massacre have not yet put the horrors of that February day behind them. “When we returned, we found that the government had written only 121 victims on the monument instead of the 301 we buried,” explained Ogwang who lost a brother and wife and now looks after his two orphan nephews. Their cry to the people in charge to put the right information on the monument has fallen on deaf ears.

African Youth Initiative Network (AYINET) was the first responder to bring hope to the people of Barlonyo. With the support of the UN and other NGOs, AYINET has helped the war-torn camp in providing the necessary services including food, health, education and post-trauma counseling. 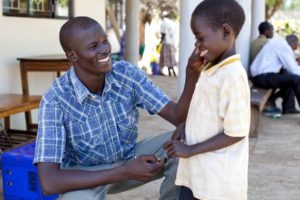 AYINET, under the leadership of Victor Ochen, a war victim himself and Nobel Peace Prize nominee, has been instrumental in amplifying the voice of the voiceless, in a bid to bring justice and reconciliation to the people of Barlonyo.

Apart from a vocational institute that has just been built, the government has done close to nothing for the suffering that has engulfed these people for over a decade. It’s clear that the people of Barlonyo are still living in trauma especially because there’s very little truth to what is known about the fateful day.

“Even if Dominic was to return home, we shall forgive him because killing him will not bring back our people,” said Ogwang whose eyes threaten to break into tears. “All we want is to build a new monument with the correct information so that we can inscribe on it all the names of the 301 who were buried here”.

The people of Barlonyo, remain restless over the 180 dead and buried loved ones, but whose lives remain uncounted on the monument.

Joseph Kony (above), leader of the LRA rebels still remains at large despite the ICC issuing a warrant of arrest for him. Rebel commander Okot Odiambo is presumed dead whereas Dominic Ongwen is on trial at the ICC on charges of genocide, war crimes and crimes against humanity.
Tags: AYINET UgandaBarlonyoJoseph konyVictor Ochen
Previous Post

Barlonyo: All we want is a new monument