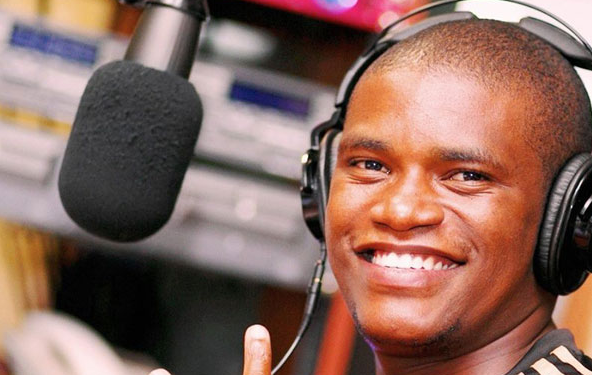 Matooke Republic sports columnist and Radio City’s sports analyst Andrew Kabuura is in things! We can confirm that Kabuura will not be a usual face on the social scene for the next four weekends. We have it on good authority that Kabuura recently scooped a six week-deal to host a Supersport show called Off the Press that airs on DSTv. As such, Kabuura will fly to Nairobi every Friday evening and only return every Tuesday, for the next few weeks. A source told us Kabuura’s part of the deal is to sit in for James Wokabi who is away at the Rio Olympics. The source added that the Ugandan sports pundit will be working as a presenter and commentator for Kenya Premier League games on Supersport. Kabuura is currently the only Ugandan sports personality working for pay TV DSTv on their Supersport channel. Congs Kabuura!
Tags: Andrew KabuuraDSTVradio citysports
Previous Post

Sauti Sol to jet in next Thursday

Sauti Sol to jet in next Thursday