Masaka Road: Are authorities waiting for a VIP to be a victim? 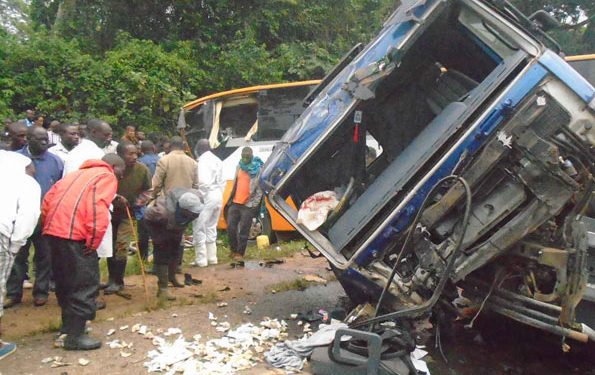 Just write somewhere that two people have died in an accident and place ellipsis and someone will complete it with “on Masaka Road.” Much still, post a picture that has never been taken, say graft accidents scenes from Ontario in Canada onto those from Senegal complete with vintage cars and claim it was on Masaka Road. Post that on social media and sit back and watch with popcorn in your hand as people fall over themselves to bemoan the spate of road carnage on Masaka Road, now comically called ‘Massacre Road.’ Even the media will join in sharing such pictures without a hoot about verifying the authenticity of the grafted pictures. On Tuesday, editors at one of the dailies in Kampala must have felt rotten eggs in their faces when the official Facebook page shared a picture taken from an accident scene in Nigeria in June. The page claimed the accident had occurred on Masaka Road. This came after several people had shared the photos with total disregard for the graphic nature therein, claiming it was on Masaka Road. Who is to blame? 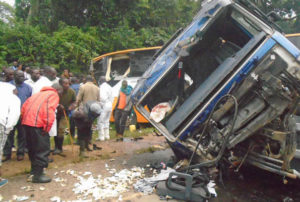 First is Masaka Road, if you will excuse my lazy mind. The recent spate of carnage on that road seems to be unnerving our mango people so much that there is almost pessimism. People are getting used to accidents on that road, they are getting to expect fatal accidents. There are those rehearsing their frustrations to such an extent that when they post about an accident on Masaka Road, you feel their pain and send them condolences for the relatives lost in the accident.   But we can’t blame such paranoia among our mango people much anyway, not as long as the government is quiet. The mango people expect concerned authorities to say something, to take drastic measures, to at least pretend they care. But there is nothing. Not even a boring presser where fat men will pick more of their nostrils than talk. And so the big question on many a mango people’s mind is now, ‘how long before concerned authorities purse their lips to call for action?’ I’m going to tread the nonconventional path and ask the callous question: Just when will the ghosts on this road uproot one big fish to warrant the urgency that is required? History has taught our mango people in this banana republic that it often takes the unfortunate passing of a VIP or their close relatives for government and its arms to swing into action, swatting anything that passes by that they assume might possess danger to road users. It happened with the seatbelt rule, the overloading of public vehicles… Ours is a government that doesn’t care until one of them is the victim, until one of them is wheeled to the famous floor of Parliament in a cold casket for a state funeral. Masaka Road does not need exorcism in some shrine, it needs concerted efforts in road safety measures. Road humps can do a lot in controlling speed limits. That is one solution that is easy to effect. But authorities want the mango people to first pray for them to be victims, so shall we?
Tags: Columnsjackobs seaman odongomango
Previous Post