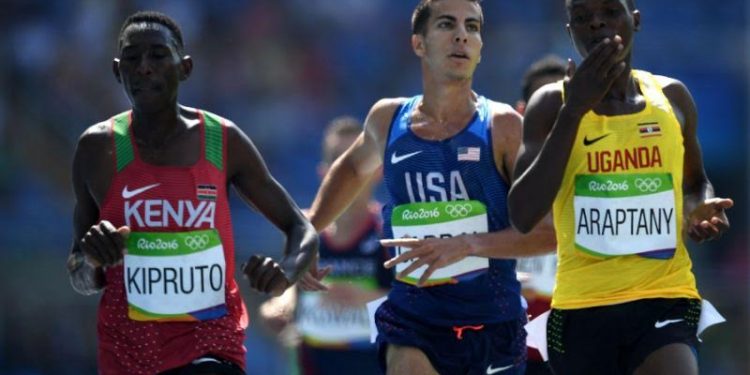 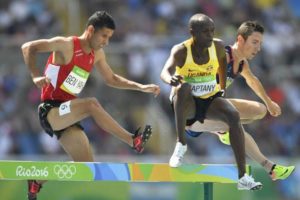 Uganda’s hopes for a medal went crashing literally as Araptany crashed to ground in the third lap of 3000 meters Men steeplechase finals at the ongoing Olympic Games in Rio de Janeiro, Brazil. The 22-year-old Jacob Araptany started on a positive note with hopes of getting us medal. In the qualifiers, Araptany gave most of Ugandans hope for a medal as he staged a great performance and was ranked second overall in 8:21.53 minutes. 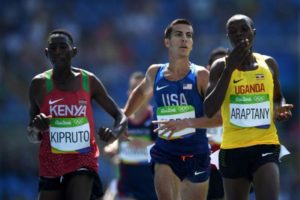 After an impressive show in the qualifiers, he was in the leading pack but unfortunately failed to jump a hurdle in the third lap. He crashed to the ground and our medal hopes were crashed as he didn’t continue with the race. His fall was a result of the congestion and tension in the leading pack. The race was won by Kenyan Conseslus Kipruto, who set a new Olympic record of 8.03.28 mintues with US’s Evan Jager taking silver and another Kenyan Ezekiel Kemboi taking bronze. With only four days to the end of the Olympics, Uganda is yet to register a medal. Our hopes lie in medal reigning Olympic marathon champion Stephen Kiprotich who will run on Sunday.
Tags: conselus kikprutojacob Araptanysteven kiprotich
Previous Post