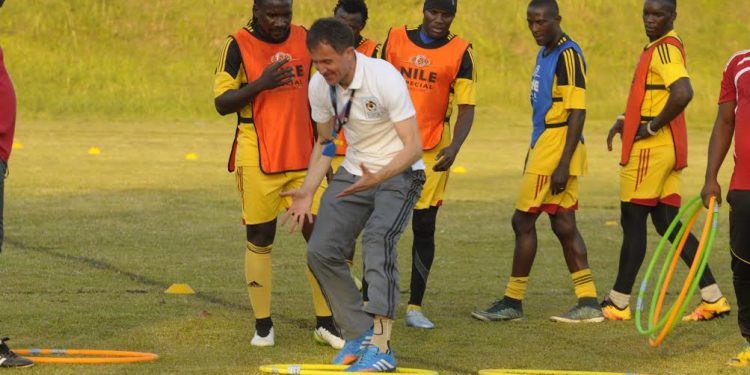 Cranes coach Micho Sredejovic is expected to utilise this friendly against our rival neighbours Kenya today to step up the fitness levels of our boys and also try out different tactical patterns. After the game, Micho will have drop nine players thus confirming his final 23-man squad which will have to face Comoros on Sunday in a must win game. Defender Bevis Mugabi who plays for Yoevil Town in the English league Two is not expected to feature in both games as his club complains that FUFA sent an invitation letter and air tickets late. Another star player to look  out for today is Kenya’s midfielder Victor Wanyama who plays for Tottenham Hotspur in the English Premier League. He will captain the Harambee Stars in this rivalry friendly. For anyone who has already booked his/her ticket for the Sunday match, you can enjoy today’s friendly free of charge. Book your tickets for the Sunday’smatch from any FUFA recommended outlet Sh150,000 (VVIP), Sh60,000 (VIP) and Sh25,000 (Ordinary). The game will kick off at 5PM.
Tags: Uganda Cranes
Previous Post