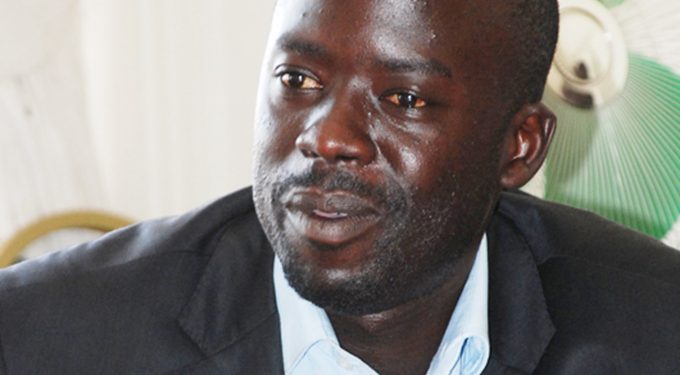 Aruu county Member of Parliament Odonga Otto has revealed that his life is on the line. The outspoken MP claims he is receiving death threats as he champions the fight to find the truth about Kenneth Akena’s murder. The MP has been breathing fire since the member of his constituency was shot at Lugogo, a city shopping mall.  He revealed his fears on Facebook claiming unknown people are threatening his life.

“Now they have started on me (sic) for telling and seeking the truth. Threatening my life, smear media campaigns, trying to set me up. My friend 16 years of incredible service to this nation with all boldness and honesty. Unless you want tribal genocide or ethnic cleansing leave me alone …why did your person kill in the first place?” the post read in part.

He then drew in bitter tribal sentiments that seem to have struck chord with many followers of his Facebook page. “If I mean to incite my people even the burial of today will not take place and don’t forget no tribe is more superior that another and Forget not I AM FIRST AND ACHOLI BEFORE BEING A UGANDAN and my allegiance will flow in that direction,” he posted drawing hundreds of emotionally charged tribal comments.

At the requiem mass held yesterday at Our Lady of Africa church, Mbuya, the MP made disturbing comments. He threatened to organise the aggrieved to exhume Akena’s body and take it to the key suspect’s home incase investigations are tampered with. Dokolo woman MP Cecilia Ogwal who also attended the requiem mass warned against use of the tribal card which she described as “diversionary and unfortunate.”

While addressing thousands of mourners at the deceased’s home in Pader, Otto expressed his discontent in the way police is handling the case. Akena was shot in the stomach and died moments later at Norvik Hospital where he had been rushed for medical attention by the suspects key Kanyamunyu and his Burundian girlfriend, Cynthia Munwangari.

In pursuit for more evidence, the police yesterday searched the residence of Kanyamunyu in Mbarara as investigations going.  Kanyamunyu has since denied having owned a fire arm despite a bullet having been recovered in the deceased’s body. Akena is to be laid to rest this afternoon in his home village Kitgum.

Winners of Vodafone’s #ICreateTomorrow competition off to London

Winners of Vodafone’s #ICreateTomorrow competition off to London