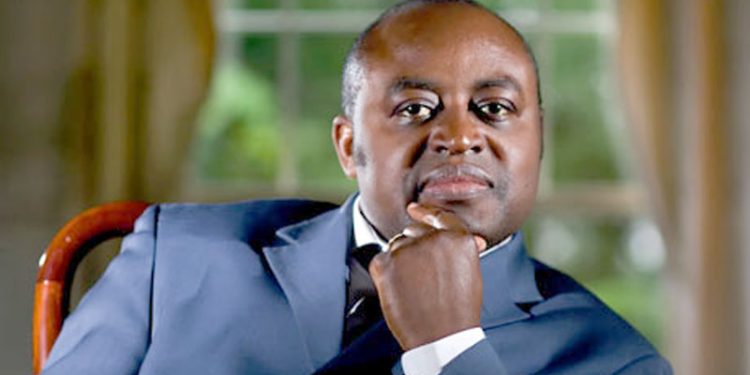 First and Foremost, I condemn the attacks that were made on innocent people by unknown people and thugs in Kasese and Bundibugyo last Saturday. As peace-loving people, we feel betrayed by the elements in the region who promote division and hatred among us.

I take this opportunity to clarify and explain to the leaders and the general public that Obusinga Bwa Rwenzururu (OBR) was equally unhappy with the disruption of peace and the loss of lives and weaponry caused by the misguided element that attacked the police, army and civilians on the fateful day.

However, I strongly disagree with the notion insinuated by His Excellency the President in his statement to the nation dated 7th July 2014 to the effect that chaos started when I was recognized as Cultural Leader of the Obusinga Bwa Rwenzururu in 2009.

Opposed to OBR recognition was limited to a handful of people led by Central Government Ministers, but due to popular demands and approval by the Local Government in the region, they eventually changed their minds and joined us.

There was a wide consultation conducted in the region before OBR was finally recognized. We exercised patience and explained ourselves exhaustively until 2005 when the President appointed a Ministerial Committee headed by the Rt. Henry Kajura to conduct an investigation in Kasese and Bundibugyo – Ntoroko inclusive, and came up with recommendations in favour of OBR recognition. This exercise was impartially conducted and they concluded the task.

Unfortunately, the Kajura Reports was not acted upon. Instead of involving Parliament to adopt it and appropriate modest budget to fund the essential tasks necessary to address the gaps that were identified, it was left to accumulate dust on the shelf and no action was made to deal with key issues that the Committee raised.

OBR has not been supported to deal with the essential matters in order to influence our people in the right direction. It was the duty of the Central Government to initiate or facilitate the reconciliation process so that all groups in the region fully embrace the new realities, but now the effects of their inaction are being blamed on us. I feel this is totally unfair.

I do not recall agreeing with the President that OBR shall operate in Kasese only. This is not true. He made this statement last year at a rally in Nyakasanga playground when he came to meet veterans.

Bundibugyo District Council was the first to vote and resolve to have the OBR recognized; it also included Ntoroko at the time;

Almost 50% of the population in Bundibugyo subscribe to OBR

The Ministerial Committee headed by Rt. Hon. Henry Mugwanwa Kajura conducted investigations in Bundibugyo as well as Kasese for purpose of finding the views of the people on the OBR recognition. And our support in Bundibugyo was over whelming.

The security agencies have been quick to claim that the attacks were a result of tribal difference and yet it targeted the police. There is a danger of chasing the wrong and so further investigations must be made to ascertain this.

About 15 years ago, hurried conclusions were made about who had attacked Kasese town and destroyed lives and property, but a detailed investigations proved otherwise.

We should therefore not jump to conclusion because the real enemy may further entrench themselves while relations between the ethnic groups in the area are more damaged. Repairing them would take us generations.

The horrific incident in Biganda, Kitswamba Sub County seemed to have been triggered by an assault by a group of Basongora on a Mukonzo young man at River Rwimi which later led to a revenge attack that became so barbaric.

The land tension in Biganda have been on and off for about ten years without a conclusive solution. Let us wait a full investigation by the Police on this.

At my visits to Mitandi in Kabarole District on 7th June 2014, I proposed that a Rwenzori Region Cultural Leaders Forum should be established to harmonize the relationships between our people and promote unity, peace and development aspect in the region.

Even before the Obudhingiya’s coronation I did put it on writing that OBR would closely work with and support him if the Central Government recognised their Cultural Institution. So to claim that the attacks were a demonstration of Bakonzo’s objection to Obudhingiya is misplaced and intended to plant seeds of hatred between Bakonzo and Bamba/Babwisi in Bundibugyo.

I call upon all agencies and people seeking to restore calm in the region to be objective and avoid victimizing innocent people and to remember that some people might use this time to settle their personal scores.