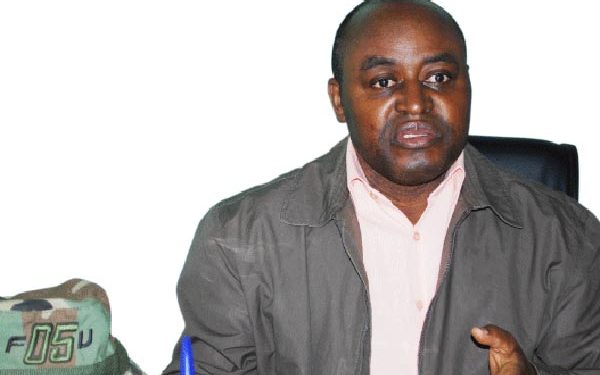 Royal blood flows in his veins. It does no matter whether he is in a prison or palace, Rwenzururu king Charles Wesley Mumbere demands and commands royal treatment; his birthright.  Following  his arrest on Sunday, Omusinga Charles Wesley Mumbere  of Rwenzururu has reportedly rejected prison food at Nalufenya prison. He is said to be demanding the services of a personal chef.

The Rwenzururu king was arrested at his palace in a raid  by the national security operatives. According to the police spokesperson Andrew Felix Kaweesi, Mumbere’s arrest came after persistent “non-compliance” with security forces. He claimed that the king had been tasked to hand over the armed guards  who had allegedly carried out violent  attacks on police and civilians.


Kaweesi further noted that the president Yoweri Museveni called the king and explained the situation to avert the attack but there was no compliance.

According to police,  Mumbere might face treason charges if found guilty of inciting the people. In a statement released today, the king blamed government and local politicians for the troubles in his kingdom. The police noted that the situation in Kasese is calm as people are resuming their normal routines.

Those praying to God to help Kasese are mad--- Tamale Mirundi

I have been hired to kill many on behalf of  city tycoons. They want me dead----Man confesses

I have been hired to kill many on behalf of  city tycoons. They want me dead----Man confesses