10 celebrities who tried music, failed and allowed. No.7 is a shocker 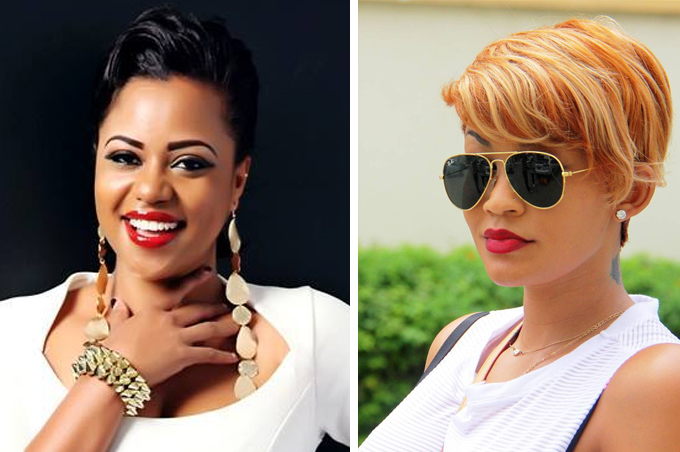 Behind the glamour of music videos, red carpet interviews and wealth, music is one of the most slippery paths to pursue. Talent is a mandatory compass on this route. However, many are excited by the destination: fame, wealth. They tend to have more ambition than talent but thanks to the challenges of the path, they were swallowed, they allowed, and moved on.


Zari appeared on the social scene as a Ugandan singer based in South Africa.  She even released a music video titled Hotter Than Them with private jets, sleek rides and all that Channel O was hoodwinked into playing, thinking she was serious.  Many male viewers constantly replayed the video just to appreciate her light complexion and curves. One Ivan Ssemwanga married her off; she became a socialite, dominated tabloid space and is now double baby-mama to one of Africa’s biggest stars, Diamond Platnumz. She recently gave birth to his heir.

Thanks to FOMO, Bebe Cool wanted to emulate Jay-Z and Beyonce . Closer to home, Nameless and Wahu were the ultimate power couple.  Zuena was upgraded from number one fan to singer. She featured on “Mata”, a beautiful love ballad with “Kiwoko boys” which was an instant hit thanks to the soothing lyricism and Zuena’s coyness masked as romantics.  Excited by the prospects of stardom, she went solo and released “Boda”. The boda riders were not impressed. Perhaps some even threatened to boycott the trade. Zuena is now a thriving baker and entrepreneur and recently scooped over Ug. Shs. 55m to decorate and bake cake at a tycoon’s wedding. She also opened a children’s clothing store in Bugolobi. Moral of the story? Sometimes you just have to stick to what you are good at.

MC Kats has been on the stage more than most singers.  The stage puts bread on his table as an event host. However, he had stellar dreams. He released a gospel song, premiered it on several radios but only God knows where his servant’s song and singing career went to. It suffered a stillbirth. He tried a love ballad titled Ki Kyoyagala, but it made us ask what he wants with us. He now manages artistes, presents on TV and still hosts events.

Better known as sugar mummy whose claim to fame was dating the then struggling singer Big Eye. She is actually credited for financing and propelling his music career with her Dubai Dirhams. After the break up, her only claim to fame was to lament about the failed relationship. She went to studio and put her thoughts in words. Our ears still can’t believe what they listened to.

Bad Black came onto the social scene as that loaded “bitch” who was throwing one open bar after another. She had the sleekest rides and would throw several millions out of her car to onlooking admirers, just for the thrill of it. It turned out that together with her toy-boy Meddie Ssentongo, they had conned an unsuspecting Muzungu up to the tune of $12m. They served time in Luzira for their crime and Black still wanted relevance and flashing cameras on her return from jail.  She hit the studio but her attempt at singing will forever remind us of that annoying satisfied frog croaking all night after a bad day. It is said she is planning to open a church. The hustle is real.

You want another rap? Yes Sevo! The first reception of a President on a rap song was indeed amusing but the joke lost taste when Sevo when ahead and released Yengoma which was not well received. He then called renowned Producer Washington to State House and transformed his office into a studio serving us Kwezi that he expected to be a killer tune. This time people didn’t want to know. You want another rap? NO SEVO!

When Cindy went solo, Blu *3 introduced Mya but according to reports, all they brought was a beautiful face holding a mute mic. After the group disbanded, there were no more mute mics. The death of Blu3 killed her mute-mic carrying career. She tried a solo career, releasing an impressive song titled Baibe laced with her auto-tuned voice and Maro’s silky vocals. She followed it up with a solo titled Give Me Yo Love but the fans were not in a lovey dovey mood.

Hit after hit producer Wahington is the gifted behind several chart topping songs. He then decided to make some music for himself. First was Ejijimito that was well received. He accompanied it with a music video jumping, glad that his singing career had finally arrived. He followed it up with Usi Jali (don’t worry), but there was cause to worry because the fans rejected the song.  He is still a prolific producer.

Sister to veteran singer Raga Dee, Prossy Patra is living proof that music is not a family inheritance property but rather a unique gift to a few. Her rough dance hall rhymes reminded listeners of the rapid loud thud of a diarrheic patient in latrine. She is doing a very good job as a presenter on Dembe FM.

10 celebrities who tried music, failed and allowed. No.7 is a shocker