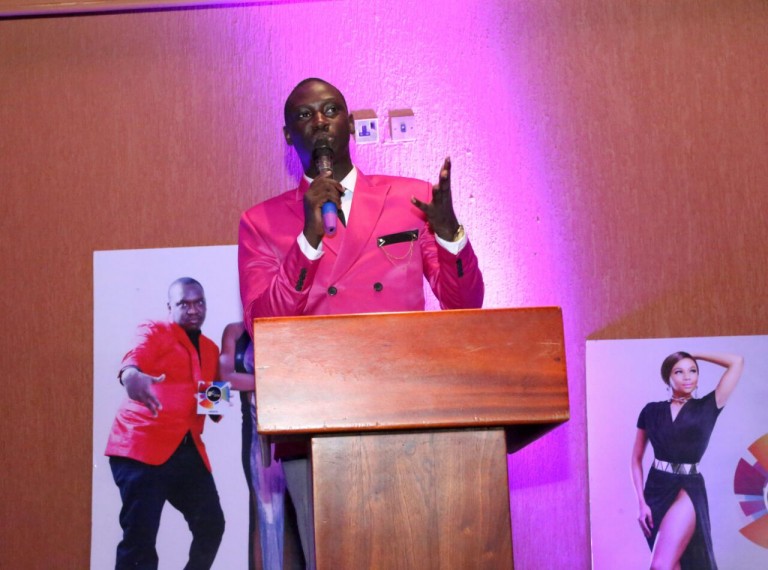 Live on the Red Carpet host Kabs Haloha has been invited to the Grammy awards slated for 12th February in Los Angeles. This is the closest Uganda has got to the Grammys. The red carpet host confirmed to us that the invite is a reality. 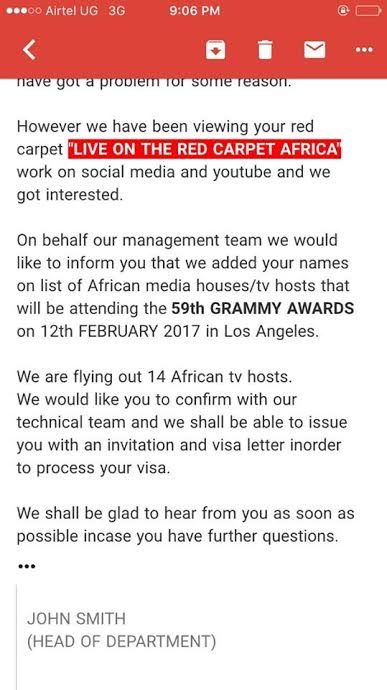 He revealed to us that he received the mail from the organisers to represent as one of Africa’s red carpet hosts. “I received (the invite),” he confirmed after a screen shot of the
mail made rounds online.

“It feels so nice especially if people from such organisation look at my work and appreciate,” he stated. Kabs Haloha will be rubbing shoulders with the best in the game.

A Grammy Award, or Grammy, is an honor awarded by The Recording Academy to recognize outstanding achievement in the mainly English-language music industry. It is considered the biggest award in music industry.