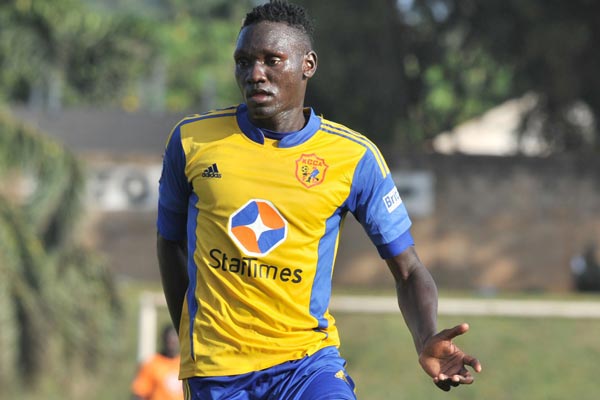 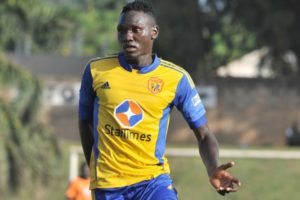 KCCA FC head Coach Mike Mutebi has confirmed that the attack minded left wing full back Joseph Benson Ochaya will on Saturday play his last game for the club when they face Mamelodi Sundowns in the second tie of the Caf Champions League. “Ochaya will be joining a new club, but more information will be addressed by the club CEO after the game on Saturday. We want to give him a great send off since he has been very crucial in our games”,Coach Mike Mutebi stated. Ochaya who part of the squad that represented us at this year’s AFCON finals in Gabon has been a joy to watch at KCCA’s left back since rejoining the club in 2014 from Ghanaian side Asante Kotoko. He played in Ghana for only two seasons and decided to return home. In the 2015-16 Uganda Premier League season, Ochaya was voted the most valuable player and was awarded a brand new forester car. This achievement prompted South African side Bidvest Wits to try sign him but things fell through. Ochaya is expected to join Zambian side Lusaka Dynamos on a two year deal As Matooke Republic we wish Joseph Ochaya the best at his new club.
Tags: KCCA FCOchaya
Previous Post