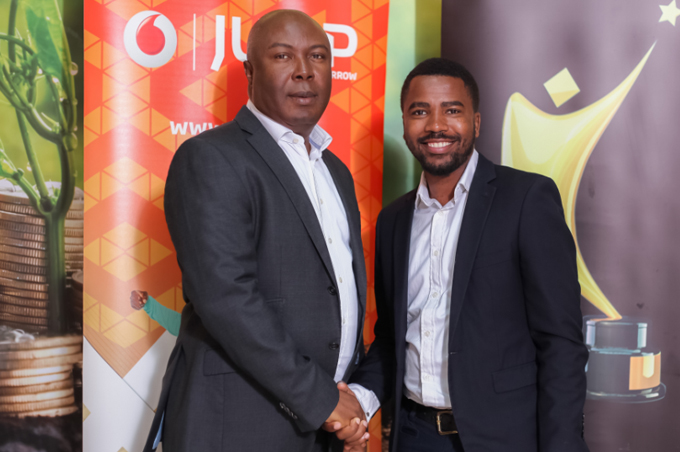 Vodafone Uganda has announced a partnership with Reach A Hand, Uganda in this year’s edition of The Young Achievers Awards as a title sponsor.

This initiative rewards excellence, hard work and innovation of youth in Uganda. The leading 4G LTE telecom operator has taken keen interest in youth programs that educate and empower the young people to scale to greater heights through their innovation and creativity.

“I am thrilled that we are partnering with Reach A Hand, Uganda and taking on the Young Achievers Awards this year. We believe in fostering a culture that not only amplifies learning, but also represents a platform for the youth to showcase their unique skillset and accomplishments.” said Mr. John Ndego, Chief Executive Officer Vodafone Uganda.

“Initiatives of this kind make it possible for us to identify, recognize and celebrate the youth in Uganda for their great achievements.” he added.

Started in 2009, the Young Achievers Awards recognise and celebrate outstanding youth in the Ugandan Community that have excelled in various realms such as the Arts, Entrepreneurship, Media and Journalism, Philanthropy, Innovation, Sports among others. Reach A Hand, Uganda has since taken over this platform as its flagship youth livelihood program.

“The partnership with JUMP by Vodafone on the Young Achievers Awards is a timely and strategic one. We both are designing programs that not only appeal to young people, but have a lasting impact and therefore, we look forward to a very fruitful partnership.” said Mr. Humphrey Nabimanya, the Team leader & Founder of Reach A Hand, Uganda.

Since its inception, the Young Achievers Awards has established itself as arguably the most prestigious awards’ event of its kind in the region. Some of the Lifetime achievers include H.E Yoweri Kaguta Museveni – President of the Republic of Uganda, H.E. Paul Kagame – President of the Republic of Rwanda, the late Dr. James Mulwana – Entrepreneur and Business owner, Sister Rachelle Fassera – Humanitaria, that have greatly impacted Ugandan society positively.

The 2017 Young Achievers Awards will be held on 12th August to coincide with the International Youth Day at Kampala Serena Hotel. The 2017 edition will celebrate 10 most outstanding young people in the categories of Social Entrepreneurship, Business, ICT and Innovation, Outstanding Sports Personality, Media and Journalism, Farming and Agro-Processing, Music, Fashion, Film & Photography, Young Achiever of Year, Young Hero/Heroine of the Year and the Lifetime Achievement award.

Abryanz Style and Fashion Awards 2017 returns for its 5th edition

Abryanz Style and Fashion Awards 2017 returns for its 5th edition