My dad doesn’t do or deal in drugs, NBS wanted to tarnish his name – Sheilah Gashumba 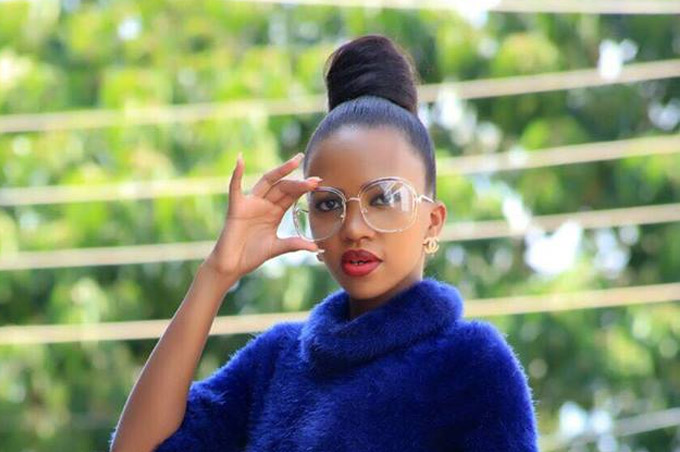 Following the arrest of social critic Frank Gashumba, his daughter has come out to defend him on some of the allegations surrounding his arrest.

Sheilah took to her father’s Facebook page with a live broadcast and apportioned much of the blame on his beef with NBS TV and said they are spreading malicious news.

It should be recalled that Gashumba recently fell out with NBS TV where he used to co-host the Sunday talk show called The Eagle.

“I have never come to Facebook to talk about politics. Unfortunately so much is happening. I believe in people saying the truth and the truth sets people free.”

“I rarely post about my dad unless it’s his birthday or father’s day. Our things are different. I am into the entertainment industry and he is into politics … he is about empowering and motivating people to be better,” Sheilah said.

“I am very very frustrated about NBS’ post saying that my dad was caught with cocaine or weed. In my family history, we don’t have anyone who takes drugs. Matter of fact, my dad has always come out to tell people ‘do not take drugs because it is not good for your health.”

“Everyone who knows me knows that Sheilah Gashumba wakes up after 11am. It’s not about when you wake up, it’s about, are you being productive. But today I woke up at 8am. I was in my bed when a van came in our compound and plain clothed but armed men jumped out.”

“My house-help came panting knocking on my door saying, ‘Sheilah Sheilah abasajja baze balina emmundu. Taata wo ali ku mpingo (handcuffs)’. I was from bed and I had to quickly find something to wear. I go outside I find my dad standing there in handcuffs.”

“They stood outside like for 20 minutes and I wondered what was going on. After sometime, more people came. They said they wanted to check the house. They also checked my room. I was packing because I have to go to South Africa to host the StarQt awards, so my stuff was all over the place,” she narrated.

They took my two laptops, how do my laptops have anything to do with my dad??? 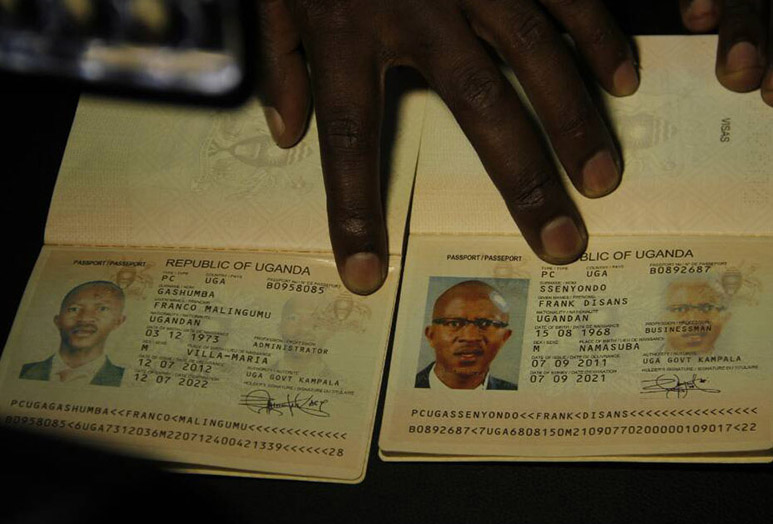 “I have seen a blog showing two of my dad’s passports. When I was young I was called Sheilah Carol Nyinabashumba. It was a long name and Gashumba is the family name, so I swore an affidavit to change to Sheilah Gashumba.  I actually have two passports … I swore an affidavit and I don’t use that passport anymore.”

“Same happens to my dad.  Before, he had a name ‘Franco Malingumu’ and you know what happened in Rwanda. When Rwandese came to Uganda long ago, they tried to get names as Baganda. He had a baganda name but later told my grandfather, we shouldn’t hide. So there is nothing bad with him having two passports,” she explained.

“When I see NBS posting about how my dad was found with drugs and cocaine, I totally wonder why they should say something different from the police spokesperson.”

“You don’t have the footage, you didn’t even follow up. Last November he was arrested by UCC and media houses were present. This time there were no media at the house. Please let us try not to say so many lies. Only God is allowed to judge us. Don’t use your platform because you have had a conflict before,” Sheilah said.

“You want to frame Frank Gashumba as a drug dealer or a bad person. Please if you want to build up a story it will be more authentic for you to call Sheilah.”

“My dad doesn’t do drugs and does not sell drugs.  Do you know how he ended up at CMI? The picture you have posted has his brother as well. Small brains, take your time, investigate,” the young Gashumba said.

“Just because they have got Frank Gashumba, my dad is not here to talk. Mubadde temumanyi nti nange nsobola okwogela … I can talk any day,” she vowed.

Rapper Keko comes out as gay in Canada, granted citizenship

Rapper Keko comes out as gay in Canada, granted citizenship

My dad doesn’t do or deal in drugs, NBS wanted to tarnish his name – Sheilah Gashumba