Jean Sseninde, the Ugandan footballer who is friends with Man United’s Juan Mata and wants to inspire other girls to play football 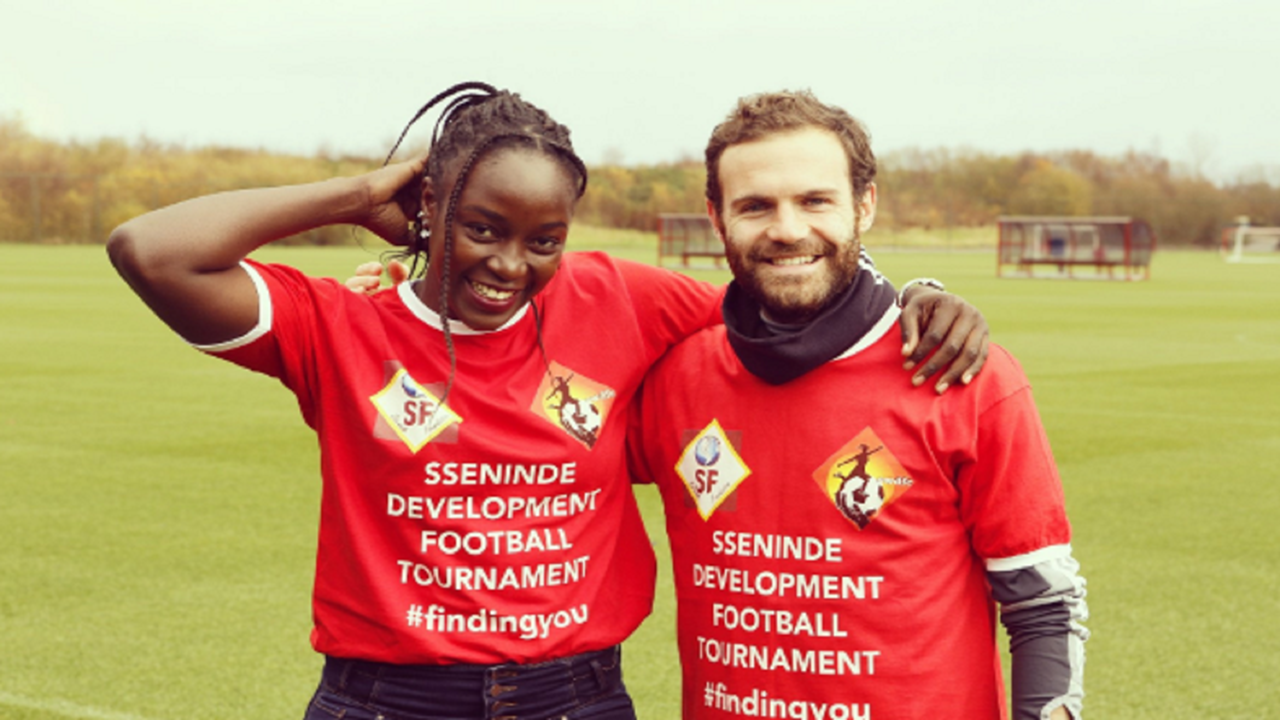 Jean Sseninde is a player with the Uganda national women team (Crested Cranes) and Crystal Palace ladies team in the English Women Premier League.  She spoke to Matooke Republic about a tournament she has organised to help other Ugandan girls scale similar heights. 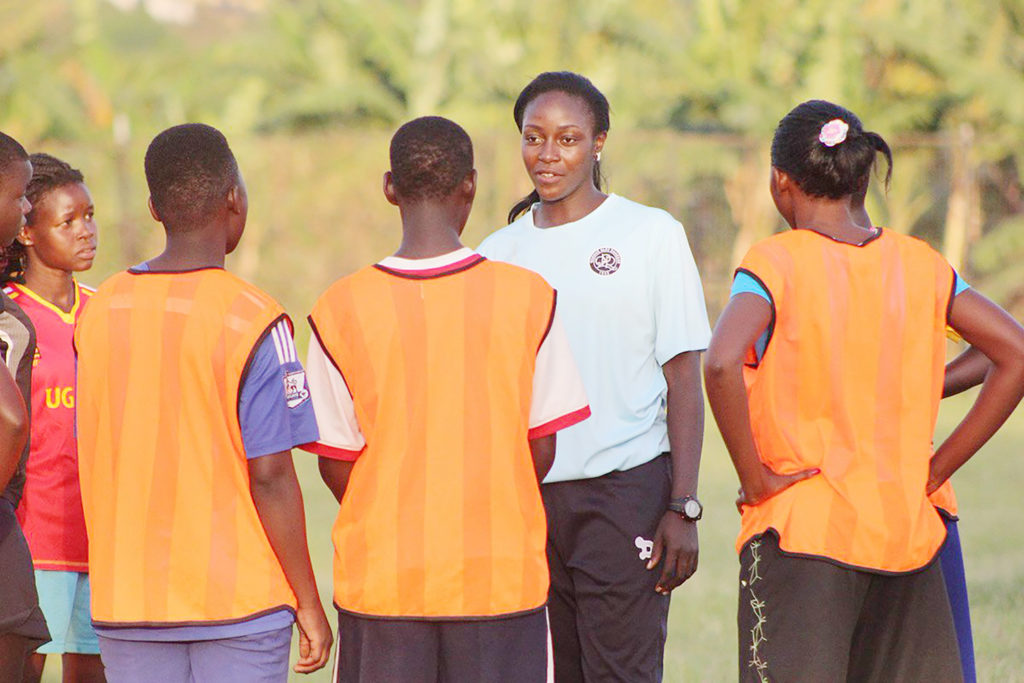 Jean Sseninde is one of the latest players to join Manchester United star Juan Mata’s Common Goal initiative, through which players have pledged to donate 1% of their salaries to charities all over the world. Some of the global stars who have signed up include; Mats Hummels, Giorgio Chiellini and Serge Gnabry. The women footballers to have signed up include Alex Morgan, Megan Rapinoe and Pauline Bremer. Having played football as a student at Gayaza High School (where she was up to A’ Level in 2012), she got her chance to play in England after moving to the UK for further studies. There, opportunity presented itself afresh as she played for clubs like Charlton Athletic and Queens Park Rangers before Crystal Palace came knocking, and Sseninde hasn’t looked back since. 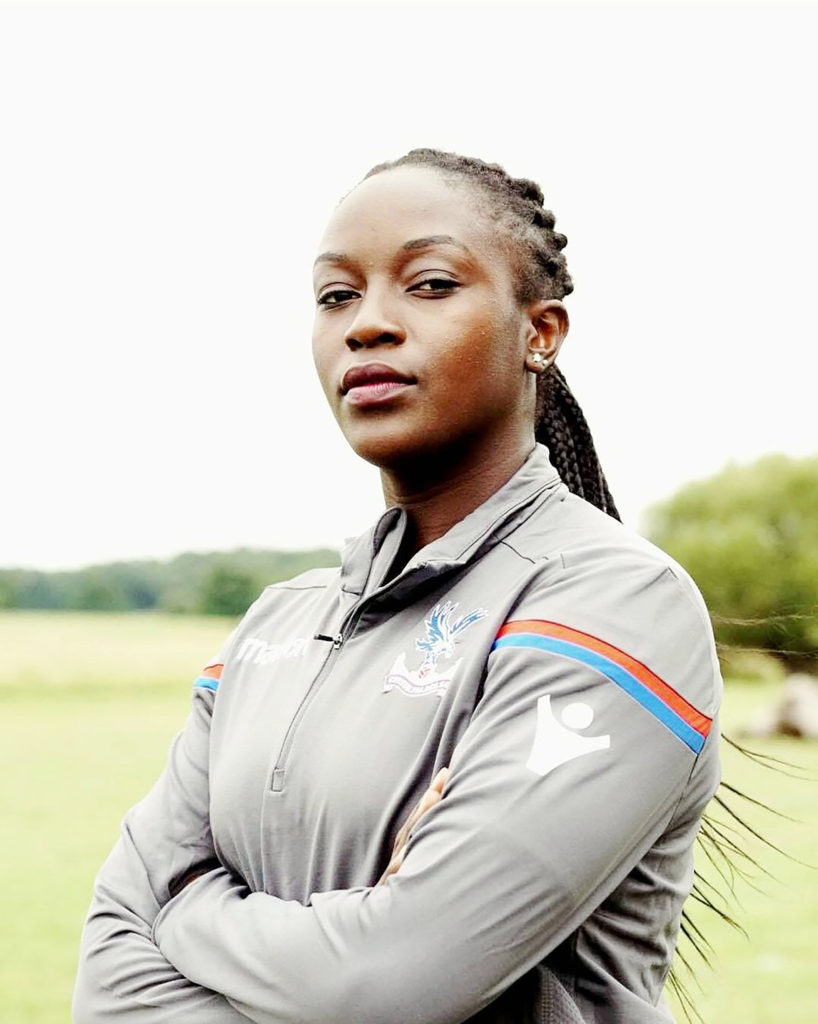 How did you manage to make it to such a top level league?
It was always my dream and when the opportunity came, I did not refuse, I just embraced it. But all my life I have been hardworking and very passionate about making it to the top.


Women’s football is not a big thing here. How different is it in England?
True… But women’s football is developing worldwide. English clubs are ahead of us because they have the right structures that help to nurture talent. Such systems must be applied here to help our girls carry on with their desired football career.

Do male footballers in the Premier League hit on you girls?
Hahaha…. No I cannot comment on that.

Which male footballers have you been close to?
Hahaha why should I answer that? Anyway I have many constructive male friends and Juan Mata is one of them.

What was the motivation for you to join the ‘Common Goal’ charity campaign?
[It was] the need to help the underprivileged girl child. I felt we can join hands and give the little we can afford to see them achieve their dreams.

Why do you want to work at this organisation?
Passion and willingness to help those in need. I want to inspire those who aspire to be like me.

Do you think you’re the right person for this role? What skills and experience do you have?
I am still learning myself and in the organisation I am not under pressure to achieve anything. I did it out of love and passion. This is our second annual edition of the Sseninde Foundation and we hope it grows every year. This year already looks bigger than last year because more people have come on board.

You are the daughter of Minister Rose Mary Sseninde. Is she backing you in any way?
It feels good to have the backing of family and friends

Have you ever had a discussion with her about government’s role in promoting football among women?
I always talk with her and she has always been supportive in every way possible. You can also see our football is growing on a daily.

How are you encouraging your team to achieve results?
Come Friday this week, we have invited Elite League coaches, who know they can scout some players. We also invited different schools and universities who can offer players bursaries.

Are there any specific challenges you are facing in this campaign?

Although it’s not a real big challenge bringing people together for such a cause is not easy.  However, we have managed to address it and hope more individuals and companies join the cause.

Designer Anita Beryl gifts parents with Prado on their anniversary

Designer Anita Beryl gifts parents with Prado on their anniversary