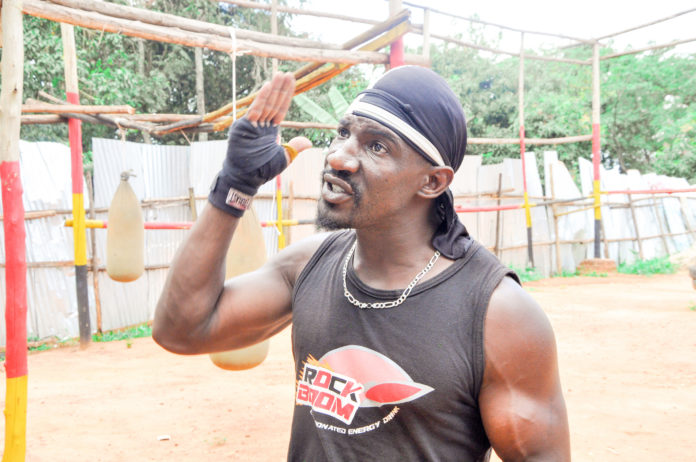 Kick boxer Golola Moses is planning to hang his gloves at the end of this year. While addressing the press, he hinted at starting a music career. However, the media darling is also interested in pursuing education and finally settling down with a woman. “ I want to go back to school and study. I will do all this after I have retired and also start a singing career. More so, I want to marry and settle down,” he said. 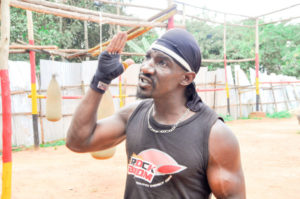 Unfulfilled pledge When asked about kick-boxing, Golola cried out to President Museveni stating that the pledge he made to finance the ‘Golola Talent Academy’ has not been fulfilled. “ I have never received the money you promised Mr. President and my plans got stuck because I have no money to pursue them,” he added. 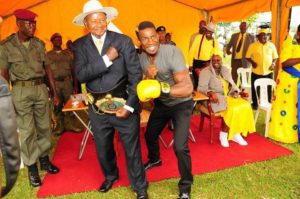 Golola is known for his humorous personality and flamboyant showmanship traits which have helped him to popularise the sport of kickboxing in Uganda and helped him to gain a large fan following. He is the reigning kickboxing champion of East and Central Africa.
Tags: Golola Moses
Previous Post