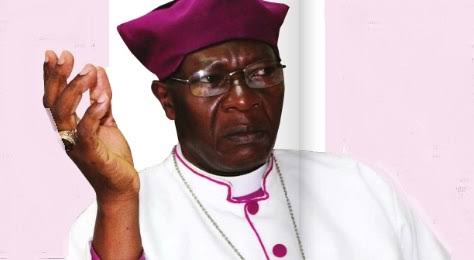 Police are currently holding the 35 year old man who tried to attack the Bishop of Namirembe Diocese Kityo Luwalira as he was preparing for the Easter Service. The family of the suspect, who has been identified as Herbert Kaddu, says he has a history of mental illness. 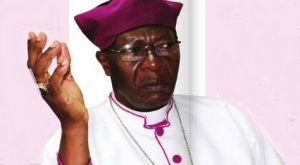 It was towards the end of the Easter morning service, when a man that has been identified as Herbert, ran towards the Holy Altar while holding a big stick.Kaddu who was clad in a bark-cloth, beat security and sprinted through the main corridor towards the bishop who was preaching. However, he failed to jump high enough past the wooden barricade and dived in. He was then captured by the ushers and other security personnel before he could get to the bishop. Bishop Luwalira defined the incident as ‘the power of darkness,’ that was trounced the power of God.