Popular journalist Sheila Nduhukire has reportedly left Serena Hotel based NTV for Nairobi based NTV, Kenya. According to reports, the 28-year-old has already reported for duty in her new workplace. 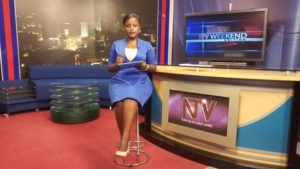 Sheila Nduhukire had several memorable works while at NTV. Her courageous reporting of the 2016 general elections awed many viewers. Her feature reporting like under-age prostitution in refugee camps impressed Ugandans. On several occasions, she came off as a fearless and intelligent journalist! Sheila is a former Guild President at Mbarara University of Science and Technology. She later joined Nation Media Group as a journalist trainee before making her own mark in the field. All the best Sheila!
Tags: Sheila Nduhukire
Previous Post