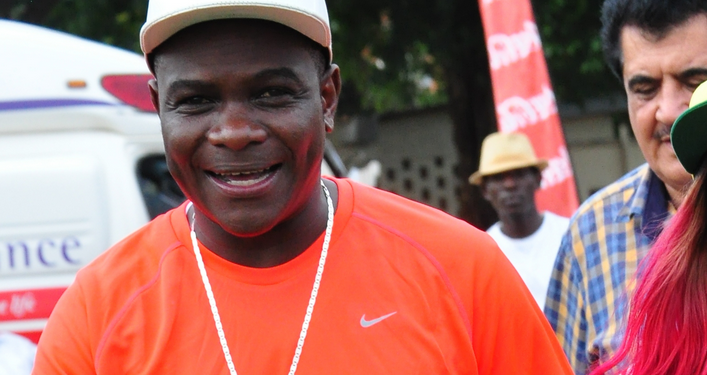 Socialite Jack Pemba is elated after Interpol has issued him a certificate of good conduct.  “This is to certify that according to the criminal records maintained in Uganda, Pemba Jackson Akim, holder of Passport Number 517521005 issued by the government of Great Britain and Northern Ireland has never been convicted of any criminal offence or come to adverse police notice,” the letter signed by Uganda Police’s Director of Interpol and International Relations states. There have been some negative media reports against Pemba and to clear the air, the businessman who is a frequent traveller and with business interests in Europe and Middle East, sought Police clearance so that his name was not soiled by the negative stories. “I’m not a criminal. I have never been a criminal.  I am a good man who gives so much to society to people and I don’t get appreciated. I want people to know, I have never been the and will never be on the run because I have no any intention to be on the run,” he told Matooke Republic. “I am clean as a white sheet. I have been away from the country according to some stupid accusations. I don’t have problems with anybody and I don’t want problems with anybody,” he added.

“I have been threatened to be killed in Uganda but I live it to God,” Pemba said. “I have never been wanted in Uganda. I love Uganda, Uganda is my home, my grandfather was buried in Luweero. I am a British East African citizen who loves my people and everything about East Africa,” he said. I’m not on the run. “I have been away from Uganda from the 16th of April. I went to Oman. From Oman I went to Dubai, from Dubai I went to Tanzania to open a meat factory. We have plans to open a similar factory in Uganda. I’m back in Oman from Tanzania and from Oman I will be heading to London and then return to Uganda. I am not on the run. I am doing business. Interpol has confirmed. When Interpol confirms it means I am clean across all international borders,” he said. Matooke Republic spoke to Pemba and he also revealed that he is getting off the social scene. “I am moving away from bars, because my actions of living large and open bars create so many enemies who plant negative stories against me,” he said. “I am not on the run, don’t believe other people who create stories about me to make themselves happy. Nobody is above the law. I am not a criminal and I have never committed any crime in Uganda,” he added.
Tags: Jack Pemba
Previous Post