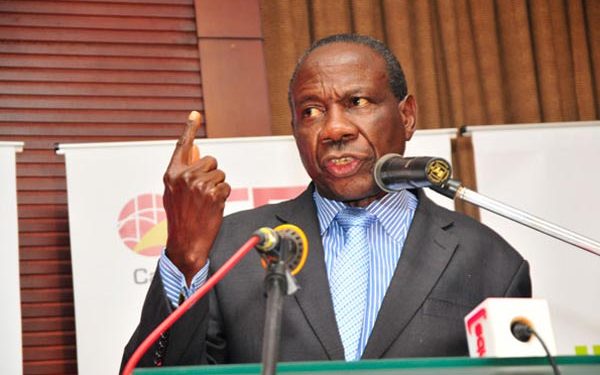 Finance Minister Matia Kasaija says he is ready to withdrawal the nomination of Ms. Justine Bagyenda to serve on the board of the Financial Intelligence Authority should Parliament decline to vet her.

Kasaija nominated Bagyenda who was the Executive Director Supervision at Bank of Uganda to serve a second term on the FIA board despite having been embroiled in controversy over alleged illicit enrichment.

There was also public uproar over Bagyenda’s nomination because she was a subject of investigation over alleged money laundering by the same FIA on whose board she was being nominated to serve.

Now MPs under the African Parliamentary Network against Corruption say she is not fit to serve on the board because of the controversies surrounding her.

Apart from FIA, she is also being investigated by the Inspector General of Government for accumulation of wealth which was not commensurate to her earnings. The investigations kicked off after a whistle blower leaked her bank account details showing she had over Shs19billion in three different banks and 17 properties in prime areas.

The MPs queried why Kasaija nominated Bagyenda on the FIA board when she had been relieved of her duties at BoU by Governor Tumusiime Mutebile in February this year.

It should be recalled that Bagyenda protested her sacking and insisted on remaining in office until she was due for retirement in June. She was however stripped of instruments of power and her replacement Dr. Tumubweine Twinemanzi was running the show.

Kasaija in his defence says he nominated Bagyenda on the board before she retired from BoU and allegations against her had not yet emerged.

“The information we had at that particular time, this issue had not arisen,” he said.

Kasaija says he will listen to the directive of Parliament on the matter.

“I proposed her name to Parliament. Its up to Parliament now to tell me what to do, because if I took a decision it would mean I’m prejudging Mrs Bagyenda.”

“The names were sent to Parliament for vetting. If Parliament says no and they have got good reasons, I will abide. Because I cannot appoint until Parliament has given me the authority to do so.”

NRM welcomes new Leader of Opposition, pledges to give her “all necessary support”