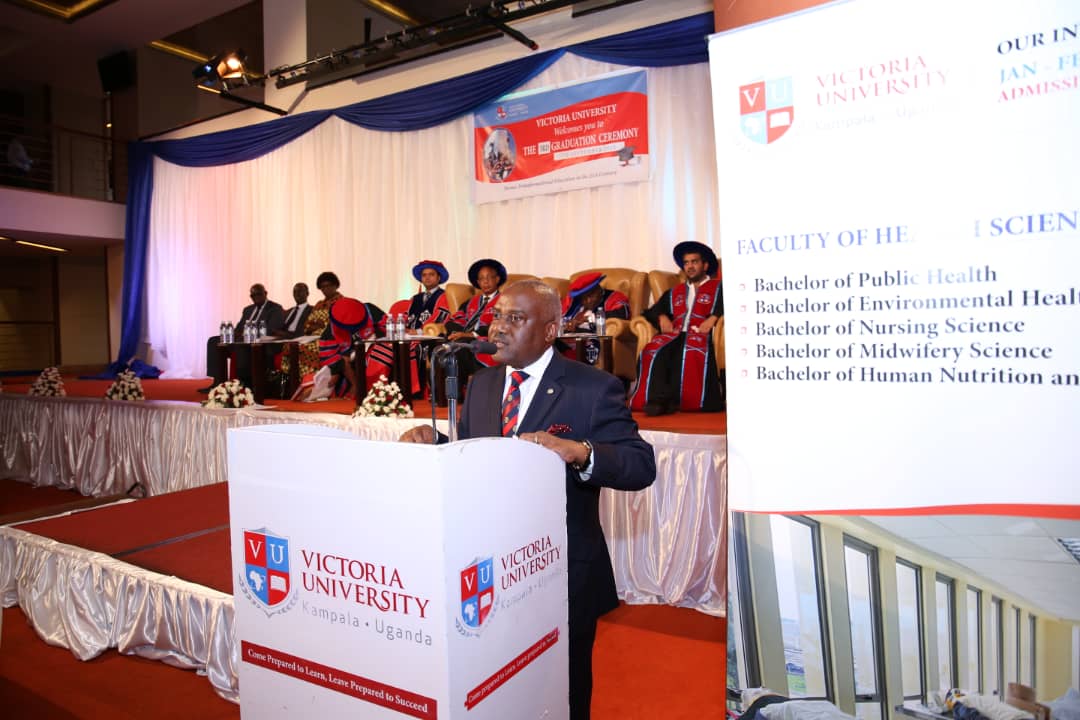 “I take this opportunity to congratulate you graduands upon the completion of your studies. You have worked hard and tirelessly to get to this moment, one which you will never forget in your entire lifetime. Congratulations,” the university’s Vice Chancellor Dr. Krishna N. Sharma said at the ceremony.

Part of the Ruparelia Group, the university’s mission is to transform the lives of students so that they become empowered individuals who can think big and advance Africa and the world to a higher level.

“We do this through the way we teach and facilitate the learning process, not just in the lecture rooms, but beyond,” Sr. Krishna said.

The chief guest and keynote speaker at the graduation ceremony was Emmanuel Katongole, the Executive Chairman of Cipla Quality Chemical Industries Limited. He urged the fresh graduates to consider entrepreneurship, using his personal story as an example.

“After university, I got a job but I felt unsatisfied and ventured into business. I then started Quality Chemical Limited that was located in what was referred to as Uganda’s biggest slum. I never cared,” Katongole said. “However much people talked of my business was in a slum, I didn’t care as long as I had good quality products. Later, my company became the largest pharmaceutical manufacturing entity in Africa,” he said. Cipla Quality Chemical Industries Limited was recently listed on Uganda’s stock exchange. 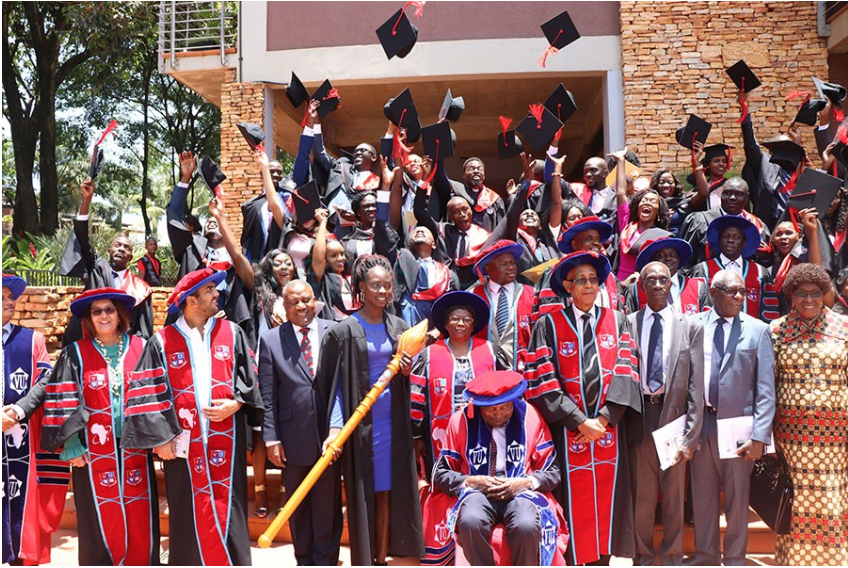 Katongole, who described himself as a humble businessman with passion to do good to humanity said that he defied all odds to become a successful entrepreneur, asking the fresh graduates to follow his example. “Your generation should be remembered for being entrepreneurs that will make the world a better place to live in. Identify your strengths and exploit them to good use for your own development. Say no to dependency and use the ideas at your disposal to the maximum to become successful,” Katongole said. The businessman, however, urged the government to come in handy to assist universities and other institutions of higher learning in their efforts to transform the country. The Victoria University Chancellor, Dr. Martin Aliker said the university that started in 2010 is striving to be distinct from other institutions of higher learning. “We must prove our superiority through the products we release to the field. We should be able to produce people who can think critically and analyze issues, a thing not many universities or institutions of higher learning can do,” he said. The students graduated from different disciplines including offered by the university’s four faculties including business administration, banking and finance, oil and gas accounting, health and sciences. plus science and technology among others.
Tags: Emmanuel KatongoleKabira Country Club.Ruparelia GroupVictoria University
Previous Post