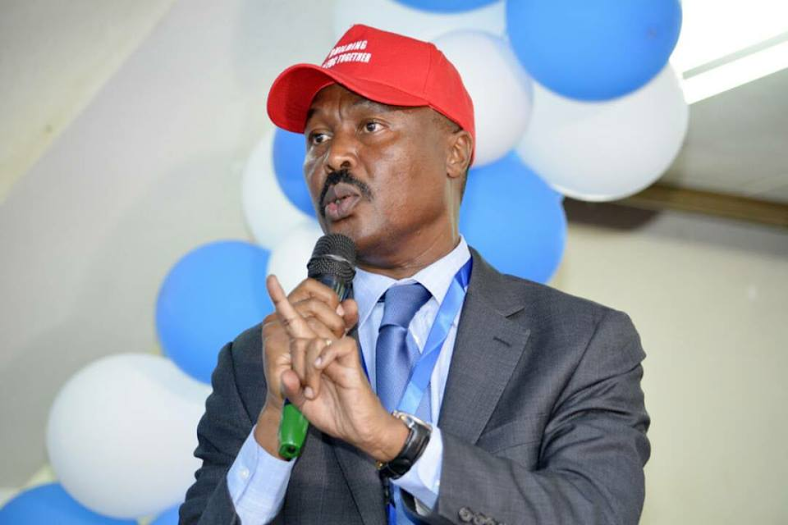 Former President of Forum for Democratic Change (FDC), Gen Mugisha Muntu has quit the party. According to a circulating press statement, Mugisha Muntu and his supporters will be addressing the country on Thursday on their next step. 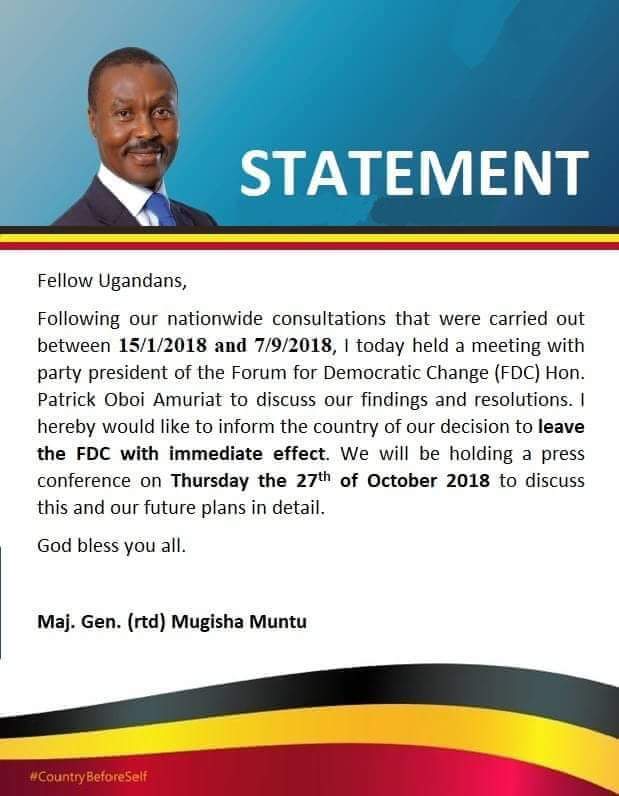 In the meeting, the two parties were discussing the findings of Mugisha Muntu’s countrywide consultation campaign.

Mugisha fell out with FDC leadership accusing them of internal fights aimed at stifling his efforts while serving as president. After losing the party presidency to Amuriat, he embarked on the ‘consultation meetings’ that were not sanctioned by the party.

Amuriat further effected a reshuffle in opposition [shadow cabinet] leadership in Parliament which was viewed as an aim at replacing pro-Muntu loyalists.

What are you discussing with a traitor? FDC youth bring Amuriat-Muntu meeting to premature end