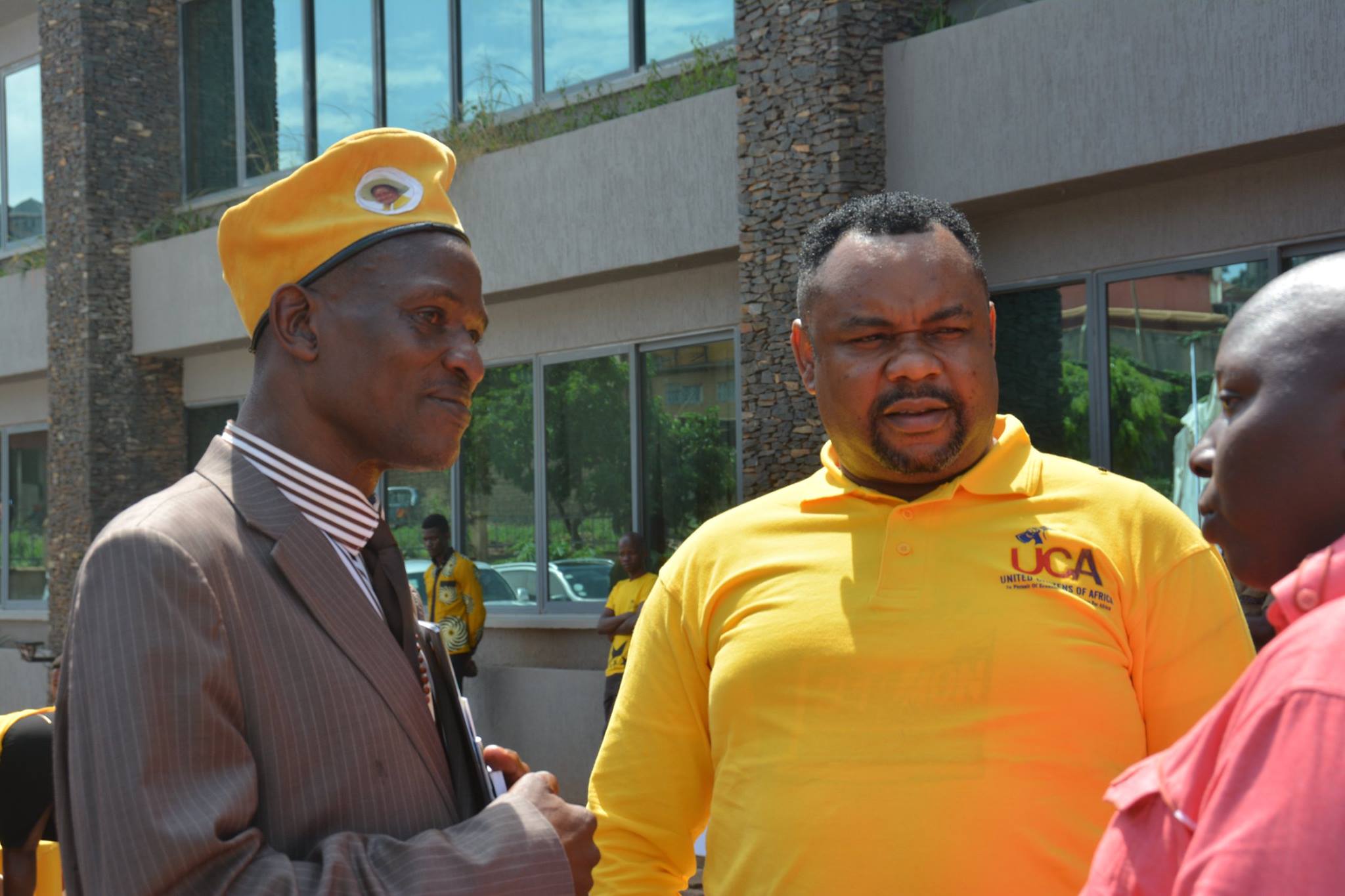 After abruptly closing Development Channel’s operations and selling off the company’s office properties in Kitintale and Bukoto, Charles Lambert, the company’s chairman talked to Matooke Republic’s Alex Taremwa about his next move and why the company failed.

Perhaps one of the most controversial schemes of the modern times, Development Channel’s model of selling computer tablets and smartphones at astronomical prices has been questioned by both the government and private sector.

As a result, the company sold off all their assets and allegedly acquired land in Kiruhura district to construct a phone, tablet and computer manufacturing company. In addition, all the company’s staff who Lambert says were over 3,000 have been laid off after over three months of no pay.

According to the police, Lambert has accumulated over Shs500m in arrears owed to not only Development Channel staff but also to the customers who bought the tablets in hope of a monthly dividend of $100 (Shs374,645), service providers such as drivers who owe the company over Shs200m and brand ambassadors.

Lambert at Jinja Road Police Station after following his arrest on Tuesday.

Why the company closed

When he first arrived in Uganda, Lambert says that he went to the Uganda Investment Authority (UIA) and outlined his Uganda Poverty Alleviation Plan (UPAP) in which he was to sell computer tablets and give customers lifetime returns.

“When the thing became extremely popular, people called from the Capital Markets Authority (CMA) and told us we cannot offer people returns. I told them that we had already sold tablets and pleaded with them to find a way to harmonize the issues but they insisted that I shut down the program,” Lambert said.

He added that he pleaded for a grace period in order to allow his agents countrywide and was given until March 10. But no sooner had he, left the meeting that Jinja Road Police served him a criminal summons for fraud.

“I said tell them I am not gonna come. I told them to come and get me from my house and get me and to expect some causalities. They didn’t come. When my wife went there, our company was cleared of any fraud. In fact, the officers said they didn’t understand CMA’s beef against us,” he narrated.

After the police and the Criminal Intelligence Division failed to stop Development Channel, Lambert alleged that CMA then went to the Financial Intelligence Authority (FIA) and froze the company’s account. This was the beginning of the fall.

“They knew this would hurt us the most because this is how we paid our salaries to the youths. When the people didn’t get their salary for three months, things fell apart,” he noted.

Closure of offices and sale of assets

After the account was frozen, Lambert resolved to close the company’s offices in Kampala and sell off the properties too. All equipment at Itiri House in Kitintale and the call centre office in Bukoto have been liquidated in order to finance the multi-billion phones and computer factory he is setting up in Kiruhura district.

He, however, remained tight-lipped on how many tablets he had sold and how many youths benefited from the programme but intimated that Ugandan youths are lazy and ignorant adding that he will not be employing them in the near future.

Despite the fact that he has been selling Chinese made tablets and phones, Lambert is bent on countering the Chinese products in Uganda. To achieve this, he has acquired land in Kiruhura district to build a factory that will manufacture the mobile devices in Uganda. Lambert who has that he has outsourced the factory’s construction to a Canadian firm is confident that this will be the most sophisticated factory in Uganda.

“We are building there a factory that is going to look exactly like the Google Campus in California. It is going to be live, work and play. It will manufacture phones, computer tablets, computers, anything I.T,” he added.

The factory which has been named Museveni Park is first of Lambert’s new plan to create a dependent Africa. The other is a car factory in Jinja for which he is allegedly acquiring land for.

Across the Development Channel offices, huge pictures of President Yoweri Museveni are what welcome you. When asked if Museveni was one of his funders, Lambert said that Museveni does not have the fund to finance him. Instead, he said that it is him who funds President Museveni.

“I can never take the role of leadership in Africa without being a servant leader. I had to play an apprentice to a servant leader and in the whole of Africa, I chose one man to play that role – President Yoweri Museveni. I came to serve one man.

On the funding, Lambert said; “Fund me? With what money? I fund him. I will fund him even more especially during the presidential elections, “Lambert bragged.

The rift with Brand Ambassadors

During its heydays, Development Channel hired over eight Uganda celebrities to work as brand ambassadors for his No Drop Out tablet computers. However, when the company was hit by what he calls an “attack” from CMA that froze their account, the ambassadors who were promised a monthly pay, SUV Prado cars and other allowances were not paid.

Some have even threatened to suit Lambert and Development Channel for over Shs50m. But according to Lambert, this is just a question of ungratefulness since to the best of his knowledge, the influencers were paid their money, drunk his whiskey at the house parties adding that some did a shoddy job.

“Ugandans are not stupid. They won’t buy a phone because Mathew Nabwiso took a picture. Nabwiso used to collect a salary as a staff and salary as an ambassador; he even brought Eleanor (Nabwiso’s wife) on board but when the money stopped flowing, attitudes changed.

This is the reason I don’t want to work with Ugandans again,” Lambert explained.

Arrests When we asked Lambert about the reason he was arrested on August 23 by Kira Road police, he snapped and called off the interview saying that we were malicious.

No sooner had we left Silver Springs Hotel in Bugolobi than he was arrested yet again. He is currently been detained at Jinja Road Police after police got intelligence that he was planning to illegally flee the country.

He has since been charged with over 200 counts of fraud, obtaining money under false pretence and running a Ponzi scheme according to Kampala Metropolitan Police spokesperson, Luke Owoyesigire.

Bigger and better; All set for this year’s Abryanz Style And Fashion Awards

INTERVIEW: We left engineering, IT to be deejays — DJ Slick Stuart and Roja on career, girls and music

INTERVIEW: We left engineering, IT to be deejays --- DJ Slick Stuart and Roja on career, girls and music