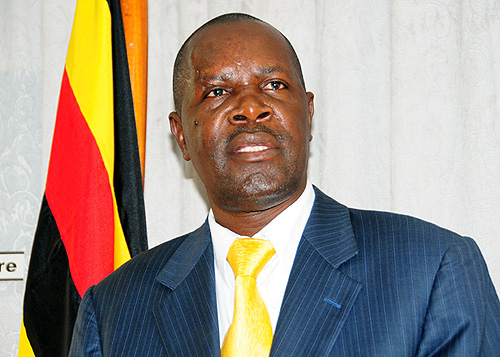 The government has rubbished a report by Focus Economics Consensus Forecast that recently ranked Uganda third on the list of countries that will have a terrible decline in their GDP per capita from 2019 to 2023.

According to the government spokesperson, Ofwono Opondo, the growth path to the upper-middle-income status is real come 2040 and it will ensure that the majority of Ugandans get a decent amount of money per month.

Opondo said that “Every Ugandan should be earning at least Shs36m per year by the time the National Development Plan is completed.” This translates to Shs3million per month.

“With improved transport, infrastructure and ICT we made sure there’s no excuse for not investing in Uganda. Any side of Uganda you go you find better industries being made,” he bragged.

The Executive Director of the Uganda Media Centre made the remarks on Tuesday while addressing military officials at the Oliver Reginald Tambo School of Leadership on the topic; “The Role of UPDF in achieving Vision 2040”.

Opondo said that the UPDF and the Police also used to get their salaries from donors but currently, the Government is footing 100% of their budget.

EXCLUSIVE: The bouncers pretended not to know that I am one of the best artistes -- Michael Ross speaks out on Ginuwine saga