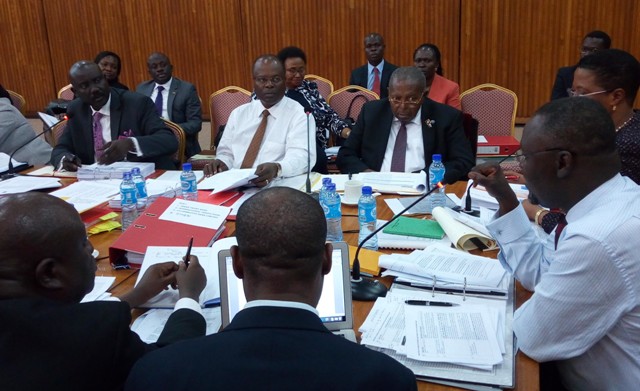 Bank of Uganda officials have been tasked by Parliament to account for Shs478 billion they spent during the 2016 takeover of Crane Bank before they sold it to DFCU in January 2017.

Anita Among, the Vice chairperson of Parliament’s Committee on Commissions, Statutory Authorities told journalists during a press briefing on Monday that BoU officials had failed to account for the money. They were asked to bring valid and satisfactory documents.

“They tendered in documents that could not convince the committee members on how Shs478.8 billion was spent. Some of the documents were duplicated by BoU officials,” Among said.

COSASE also found out that there were several anomalies in the loan book.  “There are instances where two clients are attached to the same loans. At the time of takeover by BoU, CBL loans amounting to Shs768b constituted 65 percent of the total assets. Shs529b worth of net loans were transferred to Dfcu Bank except the insider loans,” Among said.

Analysts say these loans could have been duplicated to undervalue Crane Bank at the time of sale for the benefit of DFCU.

The committee is probing the sale and takeover of seven commercial banks after the Auditor General’s report pointed to possible corruption among BoU officials.