HEALTH: Why you should take the stairs and encourage your children to play outdoors more often 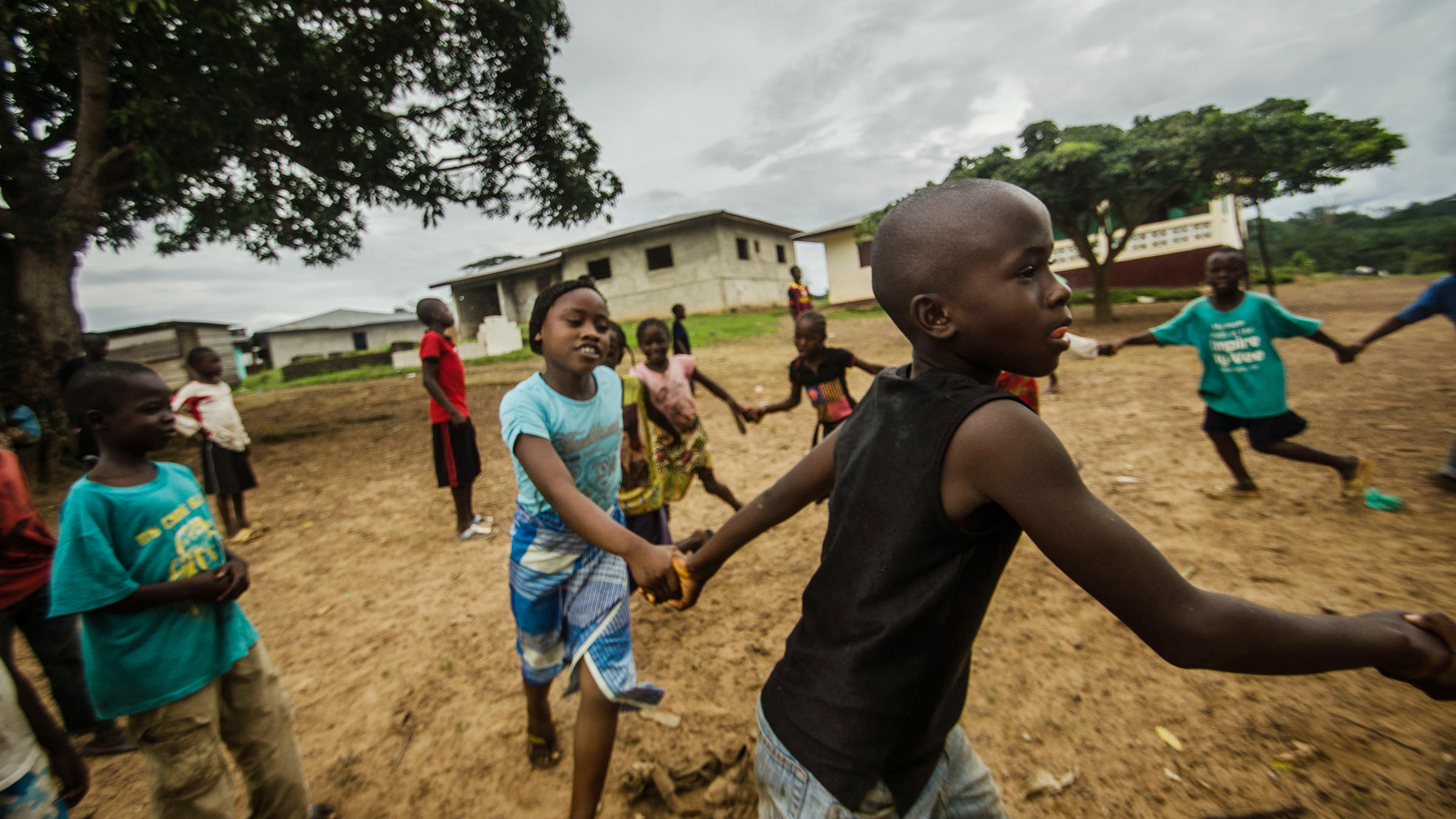 Mariama and Fomba Kanneh play in an open space in Barkedu, Liberia. With schools closed across the country, many kids spend their time playing outside every day

Nine in every ten people jogging on the streets of Kampala or those who frequent the gyms, spas and the like are either over-sized or outright obese. They have realized – albeit at a later stage that jogging will help them burn the cholesterol they accumulate from eating junk foods as opposed to sitting several hours watching television.

According to medics, obesity is fueled by the dormant lifestyles most Ugandans are leading that consist of sitting several hours, video games, television and consuming chunks and chunks of junk food.

Dr. Chirag Kotecha, a specialist at Avane Cosmetic Clinique & Medispa explained that back in the day, children actively played out with their friends from dawn to sunset and gave their bodies the much needed exercise.

“Today, they are busy playing video games, watching TV shows and chatting on social media meaning that they are way less active.”

As a result, people are trying to reverse the effects of obesity through activities such as jogging to lose weight.

According to Dr. Kotecha, obesity is on a fast rise as no adult wants to walk even a kilometer anymore or take the stairs to their office on the second floor. Instead, they opt for boda-boda rides, elevators (lifts) and spend their weekends tanking gallons of alcohol which inevitably increases the chances of obesity.

“Most people you see jogging are rightly and desperately taking corrective measures against obesity so while it is a good and healthy thing, it is often as a result of an individual reacting to physical and internal manifestation of obesity,” he said.

Kotecha adds that although jogging, gyming are good, corrective health practices, not all those who indulge in them do it for health reasons but rather to look ‘cool’. He says the pressure for many middle-class Ugandans to “get in shape”, get six packs and other body features has got them doing several things to fit in.

“We want to look as fit and as attractive as possible. The standards have been upped and the pressure is more intense than ever. This coupled with a bad diet definitely pushes more and more people to either hit the gym or jog, the body expert says.

According to Kotecha, several people swam their clinic — Avane Cosmetic Clinic and Medispa — for procedures like body contouring, tummy tucks, anti-ageing treatments like Botox, dermal fillers among other services – services they actually offer at an international standard.

Despite him providing the procured services, the doctor advises that much of this can be minimized adopting healthier lifestyles and proper nutrition.

Fik Fameica: John Blaq is my friend, and there is no DJ you can pay to not play anyone’s song,