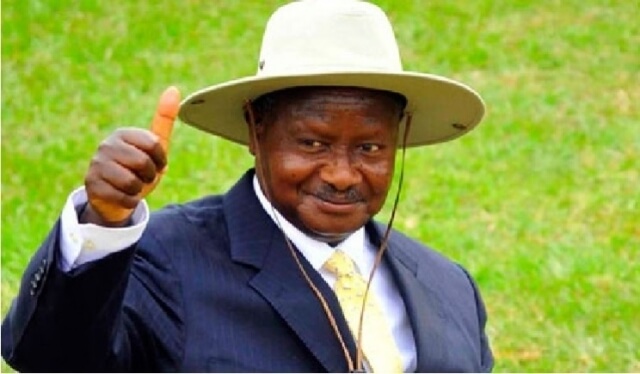 New York University and the World Bank have ranked the President 12th among world leaders as regards influencing economic growth.

A report which was first released in May 2018 by World Bank economist Steve Pennings and New York University Economics Professor William Easterly indicates that Museveni is one of the world leaders who have had a very significant positive impact on their respective countries’ economic growth.

The findings, entitled “Shrinking dictators: how much economic growth can we attribute to national leaders,” ranked Senior General Than Shwe of Burma as Number One among influential leaders who steered their countries’ economic growth –with a score of 3.95% expansion and shrinkage of just 0.71%. Than Shwe was the Head of the State of Burma between 1992 and 2011, as chairman of the State Peace and development Council (SPDC).

The two experts define the best leaders as any leaders for whom estimated leader-effect is positive and significant at the 95% level and the worst leader are those with negative and insignificant leader-effects.

Easterly and Hennings ranked 24 world leaders whom they picked out as having greatly influenced their countries’ economic growth, picking them from any era in the last fifty years, and President Museveni came in the 12th position, scoring higher than many powerful leaders globally including the former Prime Minister of Singapore Lee Kuan Yew and Park Chung-hee, the former President of South Korea between 1963 and 1979.

Museveni’s significant contribution to Uganda’s economic growth is said to be a record 2.42% with a shrinkage of only 0.78% since he came to power in 1986.

The report also established that leaders like Yoweri Museveni and Seretse Khama of Botswana rank higher than Lee Kuan Yew of Singapore partly because they did well in relation to the lower average regional growth in Sub-Saharan Africa compared to East and South Asia.

In its assessment on Museveni’s contribution, the report highlighted the infrastructure development at its peak, now with 5,350km total of paved roads compared to 987km of 1986.

The report also highlighted that the general quality of lives and standard of living has improved tremendously together with an increase in incomes despite the increase in the population growth.

Other sectors highlighted include the employment sector with a national employment rate reducing from 11% to 8%, access to electricity grid has increased to 22% in 2017 from 14% in 2013 and access to water has also risen from 68% to78% during the same period. Revenue collections per annum has also increased, for instance in 2005/06 the total revenue collected was Shs 2.23 trillion compared to the estimated Shs 20trillion to be collected next financial year.

The report also highlighted the robust peace and security under Museveni that has been credited for the prevailing economic growth, restoration of freedom of speech, press freedom, freedom of worship relative democracy, effective foreign policy, education and tourism.