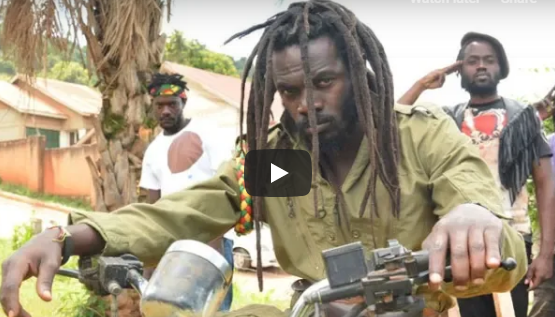 There must be something sending faded Ugandan music stars into stealing and related etty crime. On the same day Pretty Glo was nabbed attempting to filch items downtown, Bobi Wine’s former right hand Butchaman (Jude Bugembe) was also at war with his neighbors after allegedly stealing their chicken. Only his story didn’t immediately break the internet as Pretty Glo’s.

While his former boss, Kyadondo East legislator Robert Kyagulanyi (Bobi Wine) was busy moving the nation on serious issues, Butchaman was on Monday being dragged to Makindye Police Station by neighbours for allegedly stealing chicken.  In a video that went viral,  Buchaman was seen begging a man only identified Najib to rescue him from the jail cell of Police.

Buchaman, a resident of Makindye Kizungu Zone, was really furious in the video clip as he begged a one Najib to come and rescue him from the police.

He later said the ladies in the neighborhood have feasted on all his chicken and when he unknowingly slaughtered one of theirs mistaking it for his, they dragged him to police.

Even amidst trouble, the outspoken musician couldn’t miss out on bragging on how he is the only real ‘Bomboclat Rasta’ who deserves respect from people.

The current incident aside, it seems the Rasta can’t get to be at peace with his neighbors, On Christmas Day, a lady identified as Annette Akankunda dragged him to Police for pouring her meat. In his defense, Buchaman said that Rastas don’t cook meat yet the lady always ket tempting him with the aroma of the meat, which he claimed the woman cooked a lot. He further said he only poured the meat to teach her a lesson.

By time of publication, Najib had bailed the artiste out from Makindye Police Cell which he has turned into his second home over petty crimes.

Chagga: Weasel should tell us who has Radio’s mobile phone, who is leaking the late’s music