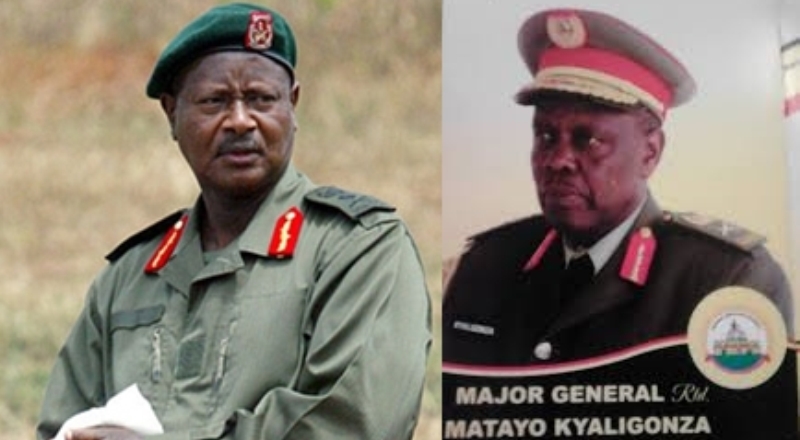 After taking his time to speak out on the controversy of Rtd. Mj. Gen. Matayo Kyaligonza assaulting a traffic policewoman, President Yoweri Museveni yesterday broke his silence and said Gen. Kyaligonza (one of the most historical NRA/NRM giants) must face the law for his indecent conduct against the traffic officer.

It was during a high-level meeting of ministers-in-charge of refugees in the Great Lakes region at Speke Resort, Munyonyo, that President Museveni (expounding on why people flee their countries and become refugees elsewhere) talked of the controversy that has surrounded Gen. Kyaligonza

“Recently, we had a retired General slapping a police woman and everyone shouted. Now, that General is facing the law because you are not allowed to slap and bark at people. If you are angry and aggressive, you can ask for permission and we deploy you to Somalia where aggressive services are needed,” the President said.

The president, however, did not comment about last week’s parliamentary resolution that Gen Kyaligonza be recalled from diplomatic work in Burundi and get demoted in the army ranks.

President Museveni also told the meeting that extrajudicial acts are among the causes of refugee situations among the African countries. Other causes, the president added, are; situations of war in countries of origin; some environmental issues that affect mostly the pastoralists; and weak states where people flee in fear of their own governments.

﻿Ofwono Opondo to Besigye: Uganda doesn’t owe you anything for the struggle, accuses him of making empty promises

Diamond:Dating an old woman was a mistake. Zari: My new man is better than you, jealousy will kill you

Diamond:Dating an old woman was a mistake. Zari: My new man is better than you, jealousy will kill you